WORLD 69 killed in protests to end police brutality in Nigeria

69 killed in protests to end police brutality in Nigeria

A total of 69 people were killed during protests aimed at ending police brutality in Nigeria, a presidency source confirmed to Xinhua on Friday. 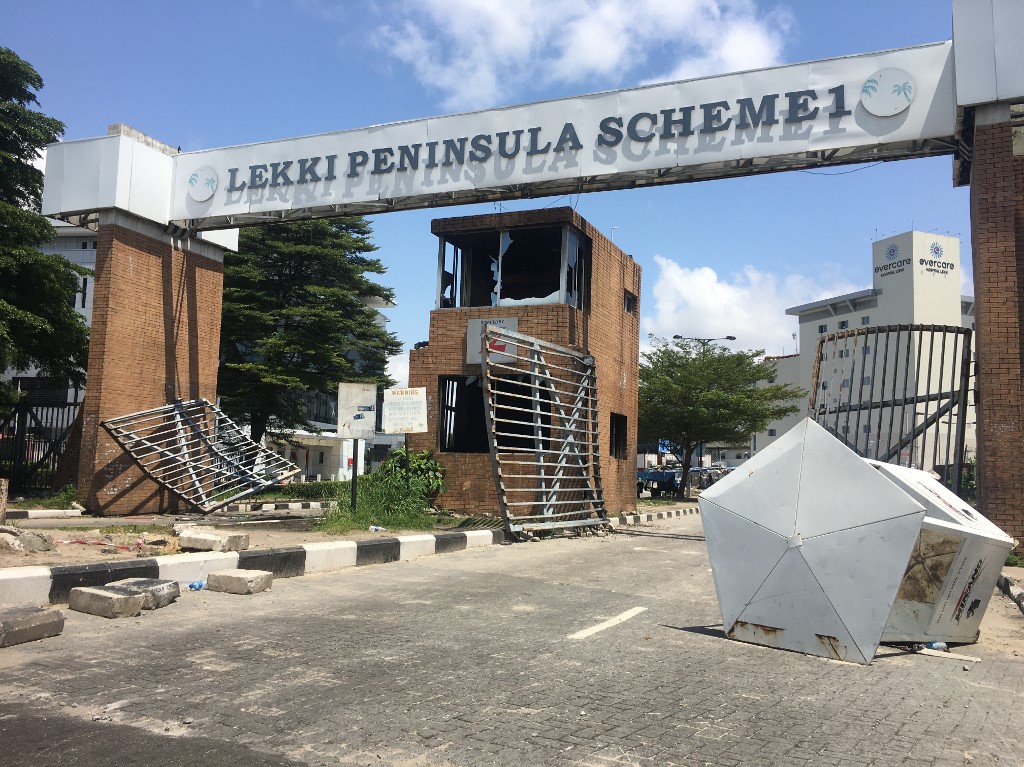 The Admiralty way in Lekki Phase 1, a middle-class shopping area, was looted on October 22, 2020. (Photo: AFP)

Nigerian President Muhammadu Buhari revealed the figure to former leaders of the country during a virtual meeting aimed at addressing the current security situation here, the source said.

However, the dead recorded during the protests which began on Oct. 7 included civilians, policemen and soldiers, according to an official statement released after the meeting.

The statement declined to give an official figure of casualties but quoted Buhari as saying "many lives have been lost".

Since early this week, violence has been reported in cities across the country as suspected hoodlums reportedly took control of the peaceful protests by citizens calling for extensive reform of the police.

Economic activities were largely hindered, as well as public peace breached due to the violence and massive looting perpetrated by the hoodlums accused of hijacking the hitherto peaceful protests.

"It is unfortunate that the initial genuine and well-intended protest of youths in parts of the country against the Special Anti-Robbery Squad (SARS) was hijacked and misdirected," Buhari said while addressing the former Nigerian leaders.

Initial demands made by the protesting youths were met by the government, including the disbanding of the police unit notorious for extra-judicial killing, torture, maiming, and other misconducts, the president noted.

The former Nigerian leaders at the meeting unanimously urged the young protesters to pursue peaceful means, in seeking redress through engagement with the government.

The security crisis has ebbed following the president's appeal for calm, but a few cities still continue to record violence by hoodlums.