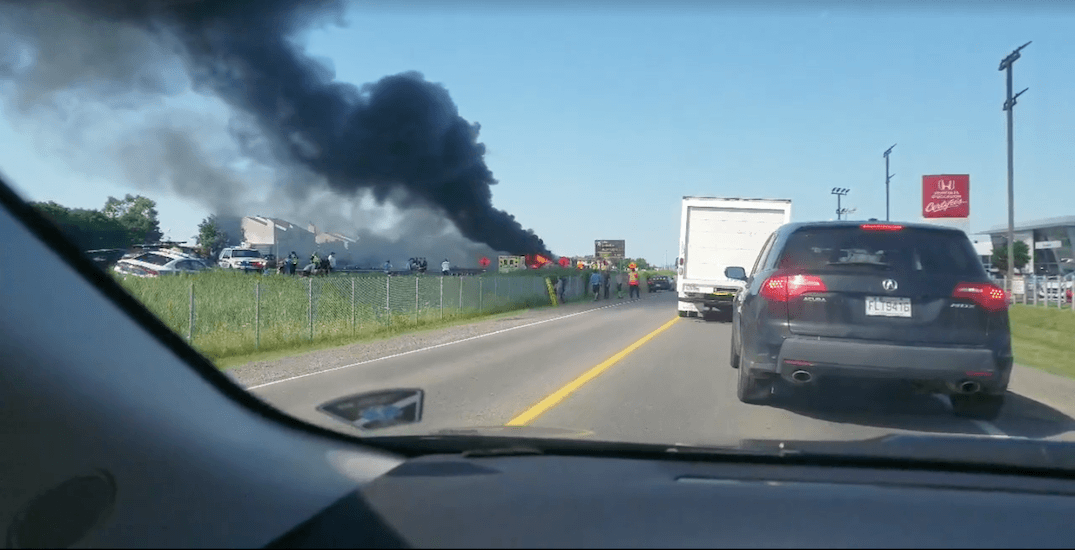 OTTAWA, July 23 (Xinhua) -- A total of 69 people, most of them children, were injured after two school buses burst into flames when they were involved in a three-vehicle crash in Saint-Eustache, Canada, Tuesday morning, according to CBC.

A vehicle in front of the two school buses came to a sudden stop, causing the collision and the resulting fires. The buses are charred ruins and beyond repair.

The buses were carrying more than 50 children aged seven and 12 on their way to a summer camp when the traffic accident occurred around 10 a.m. Tuesday local time.

The accident site was about 40 kilometers northwest of downtown Montreal.