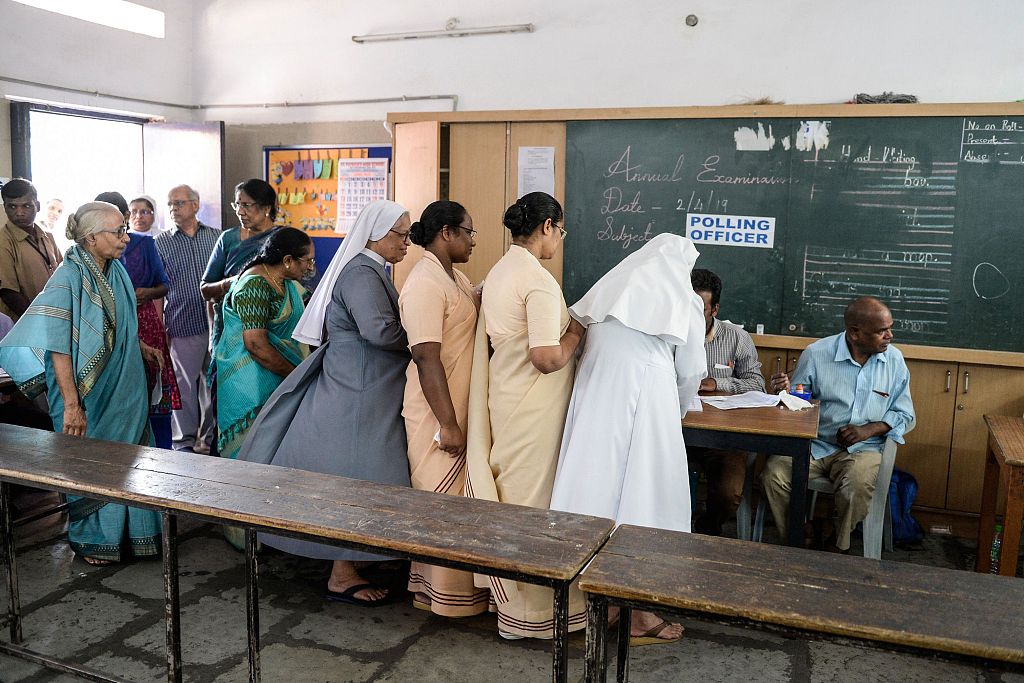 People register to vote at a polling station during India's general election in Hyderabad on April 11, 2019. (File photo: VCG)

A total of 59 parliamentary constituencies will be witnessing polling of votes between 7 a.m. and 6 p.m. local time.

The last phase of the elections is scheduled to take place on May 19, and results are to be announced on May 23.