The US Geological Survey said the second earthquake was centered at a depth of 18 kilometers about 30 kilometers north of the central Sulawesi town of Donggala.

With the situation still being assessed, Indonesia's National Disaster Mitigation Agency said one person died, 10 were injured and dozens of houses were damaged. "The victim was hit by a collapsed building," the agency said in a statement. 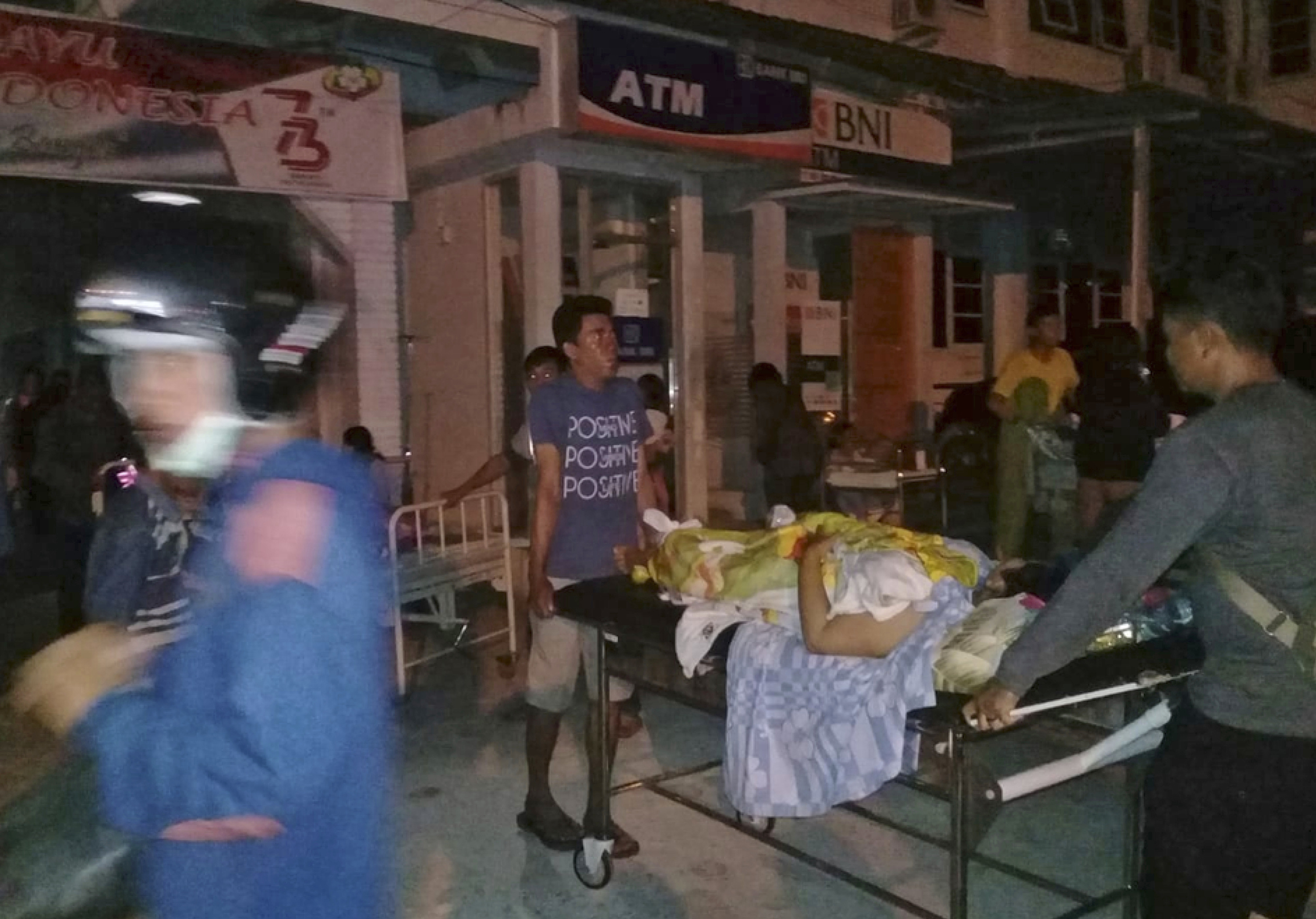 A patient is evacuated from a hospital following a strong earthquake in Poso, central Sulawesi, Indonesia, Friday, Sept. 28, 2018. (Photo: AP)

After the earthquake, the Chinese Embassy in Indonesia contacted the Consular Section of the Indonesian Ministry of Foreign Affairs, which confirmed that no Chinese citizens were known to have been killed or injured in the earthquakes.

According to local media, many houses collapsed. Residents in the affected area came out of their homes and gathered in open spaces for safety. The tremors of the earthquake could be felt in Gorontalo, around 576 kilometers from the epicenter of the earthquake in Donggala.

Eddy Karundeng, who lives near a beach in Central Sulawesi, told the People’s Daily that his house was seriously damaged and everything was shaking when the earthquake was going on. “The horrible seawater rushed to the house on land with a heavy wind. Everyone was frightened,” said Karundeng.

According to the Indonesian National Board for Disaster Management, at least three tremors occurred in between the two major earthquakes. The Meteorology, Climatology and Geophysics Agency issued but quickly revoked a tsunami warning after the second major earthquake occurred at 5:02 pm Jakarta time, three hours after the first quake.