DHAKA, Nov. 17 (Xinhua) -- A gas line explosion caused the collapse of a building in Bangladesh's seaport city of Chattogram on Sunday morning, leaving at least seven people dead and over 25 injured, a police official said. 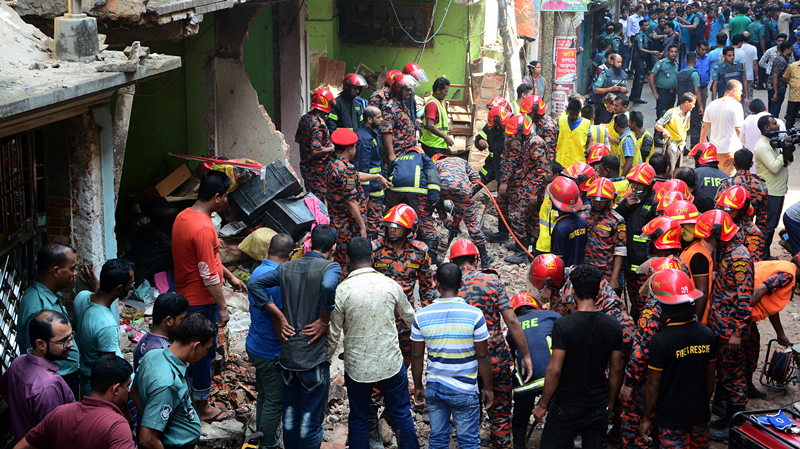 Rescue workers are seen at the site of a gas pipeline explosion in the port city of Chittagong, Bangladesh, November 17, 2019. (Photo: CGTN)

The official who did not want to be named said at least 32 people were injured after an explosion caused the front part of an old house's ground floor to collapse at about 9:30 a.m. local time.

All the injured were rushed to nearby hospitals, said the official, adding "seven injured people succumbed to their injuries at the hospitals."

Officials believed that a gas leak-triggered explosion might have caused the incident.

In October at least seven people including six children were killed when a gas cylinder exploded in Bangladeshi capital Dhaka.

In February at least 81 people were killed as a devastating fire, triggered by a gas cylinder explosion, tore through a number of buildings in the old part of Dhaka.