WORLD 7 dead, several others shot at Pittsburgh synagogue in US: report

7 dead, several others shot at Pittsburgh synagogue in US: report

Police are responding to reports of an active shooter situation at a synagogue in Pittsburgh, Pennsylvania, US media report.

At least seven people have been confirmed dead and two police officers have been shot according to CBS news. The shooter was confined on the third floor of the synogogue.

Local authorities have confirmed the shooter situation. "ALERT: There is an active shooter in the area of WILKINS and Shady. Avoid the area," the Pittsburgh Public Safety Department tweeted. 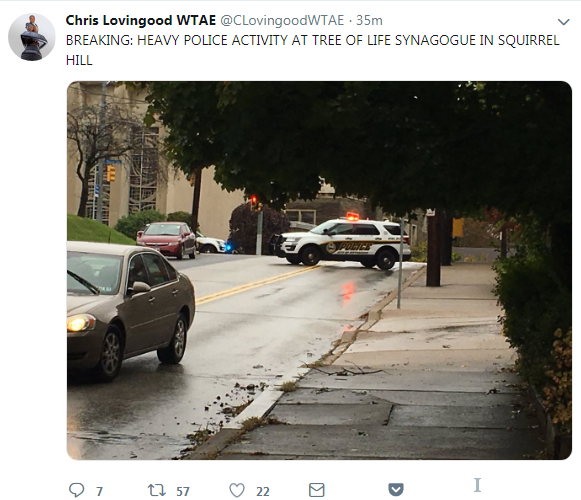 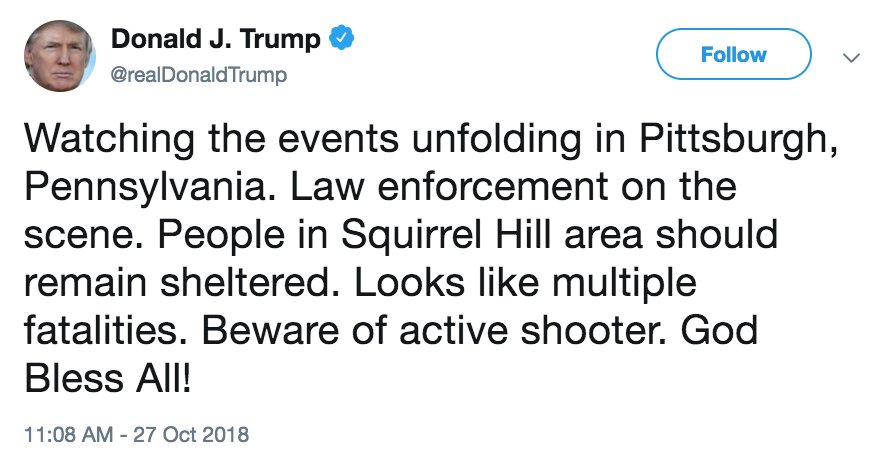 US President Donald Trump responds to shooting incident in Pittsburgh on Twitter: "Law enforcement on the scene. People in Squirrel Hill area should remain sheltered. Looks like multiple fatalities. Beware of active shooter. God Bless All!"