SEOUL, Nov. 9 (Xinhua) -- At least seven were killed and 11 others injured Friday in a fire in South Korea that broke out at a dormitory-style housing facility, where each rented room stands side by side, according to local media reports. 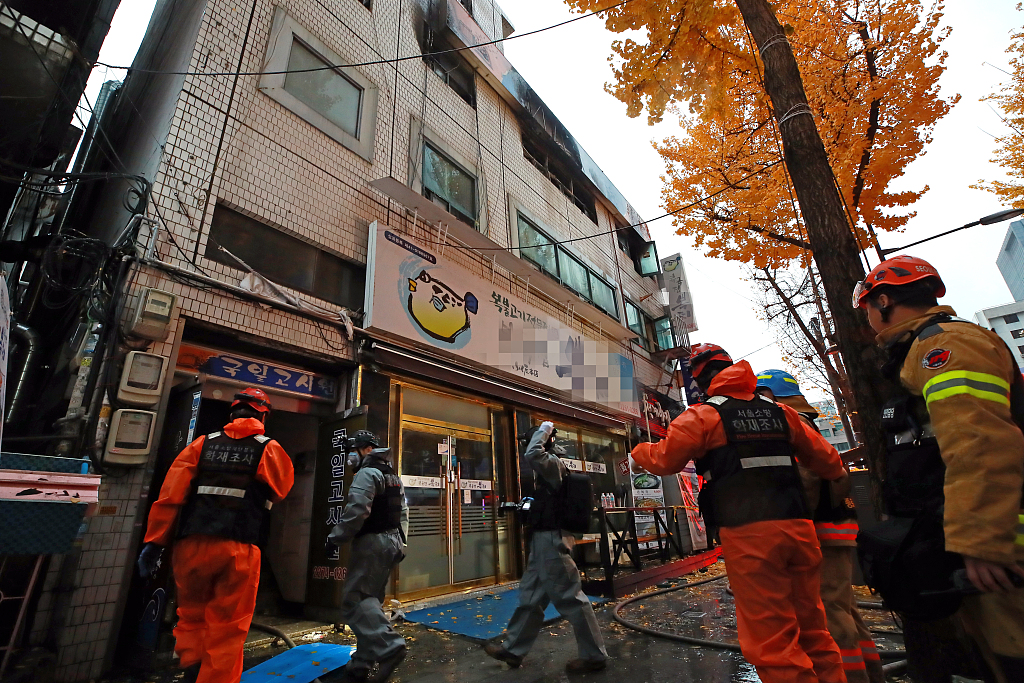 Firefighters respond to a blaze broke out in a dormitory-style housing facility in Seoul, South Korea, Nov. 9, 2018. (Photos: VCG)

The blaze broke out at around 5 a.m. local time (2000 GMT Thursday) in the dormitory-style accommodation, called "goshiwon" in Korean, in central Seoul. The fire was extinguished about two hours later.

The fire was believed to have spread from a room near the entrance to the third floor of the three-story building, where each rented room sits close and is divided only by a wall.

Some 50 residents stayed at the accommodation, where the second and the third floors are rented rooms and the first floor is used by restaurants. 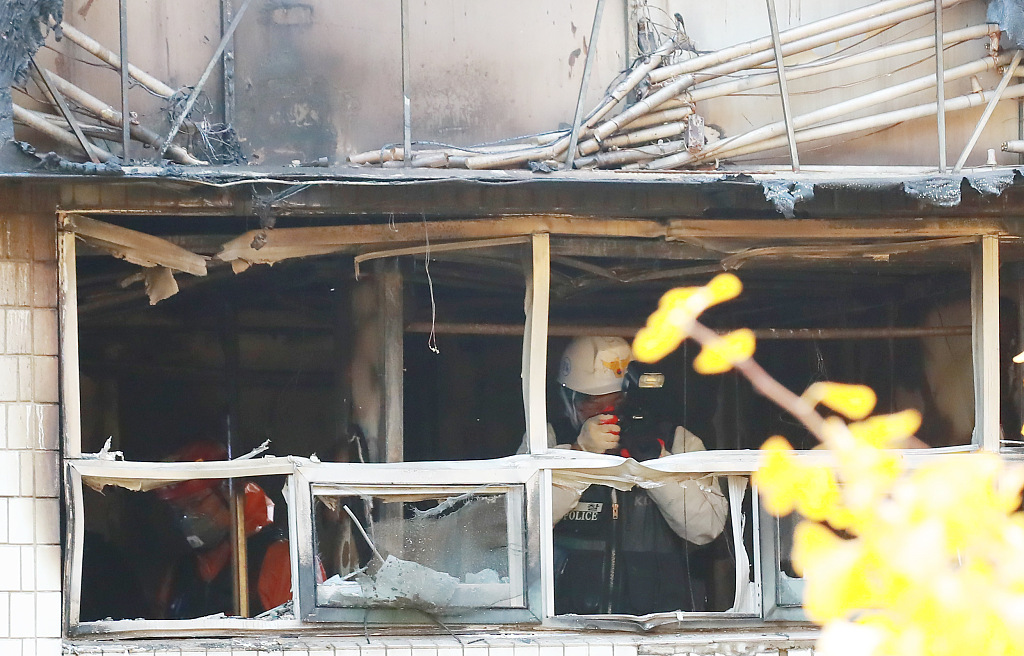 Seven were killed and 11 others were injured. Most of the victims were day laborers aged between their 40s and 60s, according to the reports.

No sprinkler is installed in the aged accommodation, which was built more than 30 years ago, but it is equipped with emergency bell, emergency exit and emergency descending device.

The police and firefighting authorities were investigating the exact cause of the incident.