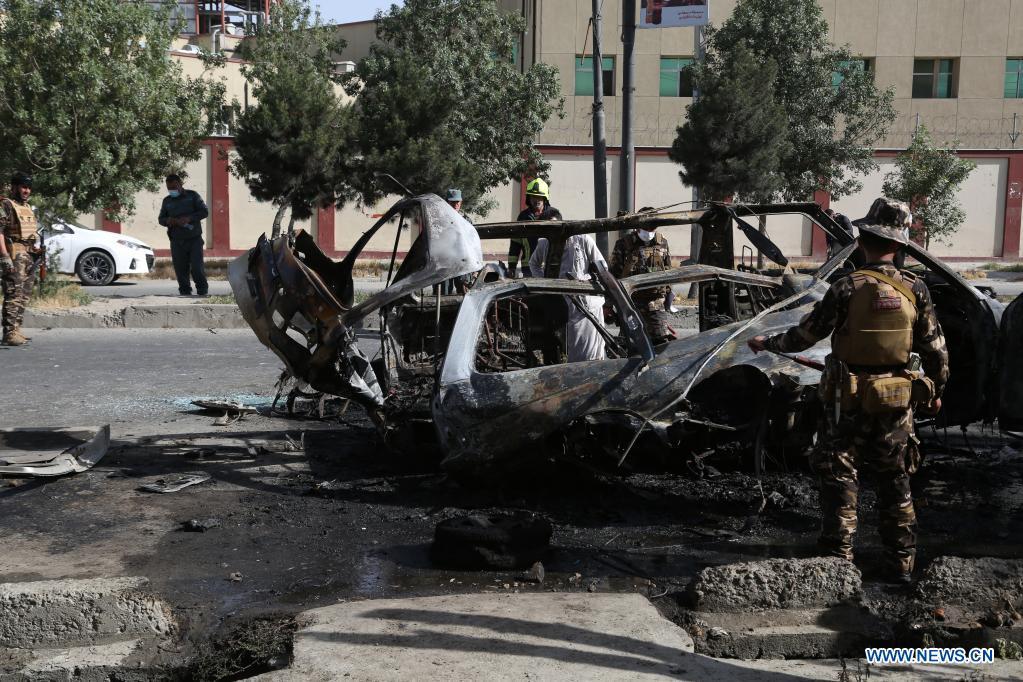 Seven civilians were killed and six others wounded after two explosions struck public mini-buses along a busy road in western part of Kabul, capital of Afghanistan, on Saturday, the capital police confirmed.

The explosions occurred in Sari Pul and Mahtab Qala localities in Dashti Barchi, in Police District 13 and Police District 6 at midday, causing panic among the residents in the neighborhood, which has witnessed serial explosions in recent weeks, Basir Mujahid from Kabul police told reporters via a text message.

One of the targeted buses caught fire and was destroyed while several other vehicles driving along the road were also damaged by the force of the blasts.

This was the second such explosion that hit Kabul this month. On June 3, nine civilians were killed and 10 others wounded after two public mini-buses were struck by bomb explosions in the western part of Kabul.