WORLD 7 people die in birthday party shooting in US Colorado

7 people die in birthday party shooting in US Colorado

LOS ANGELES, May 9 (Xinhua) -- Six adults were killed early Sunday morning when a suspect opened fire at a birthday party in Colorado Springs, a city in U.S. state of Colorado, police said, adding the suspect took his own life on scene.

The Colorado Springs Police Department (CSPD) said in a statement Sunday afternoon that they responded to a shooting call at the Canterbury Mobile Home Park at approximately 12:18 a.m. local time. 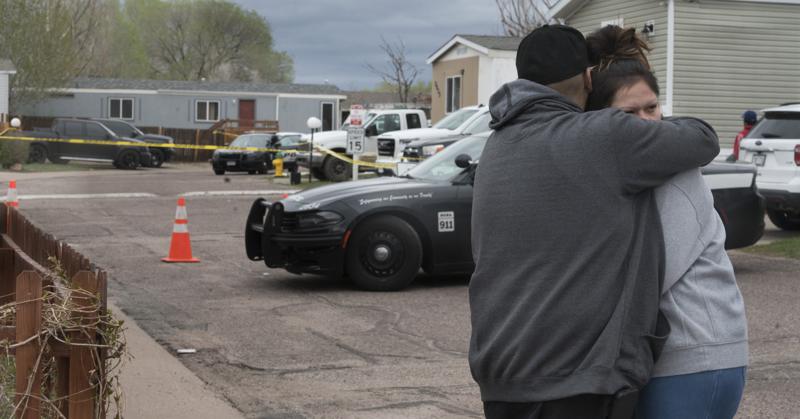 Family and friends of the victims who died in a shooting, comfort each down the street from the scene in Colorado Springs, Colo., on Sunday, May 9, 2021. The suspected shooter was the boyfriend of a female victim at the party attended by friends, family and children. (Photo: Agencies)

"Upon arrival, officers located six deceased adults and one adult male with serious injuries who was transported to a local hospital where he succumbed to his injuries," the statement read.

The CSPD said that through an initial analysis of evidence and preliminary interviews they believed the mass shooting incident occurred when a birthday party was being held for one of the victims.

The suspect, a boyfriend of one of the female victims, drove to the residence, walked inside and began shooting people at the party before taking his own life.

The children at the scene were not injured by the suspect, police said, noting they were still investigating to determine a motive. More details would be released later.