Seven South Koreans have died and 19 others are missing after a river cruise boat capsized and sank on the Danube in Budapest, Hungarian and South Korean officals said Thursday. 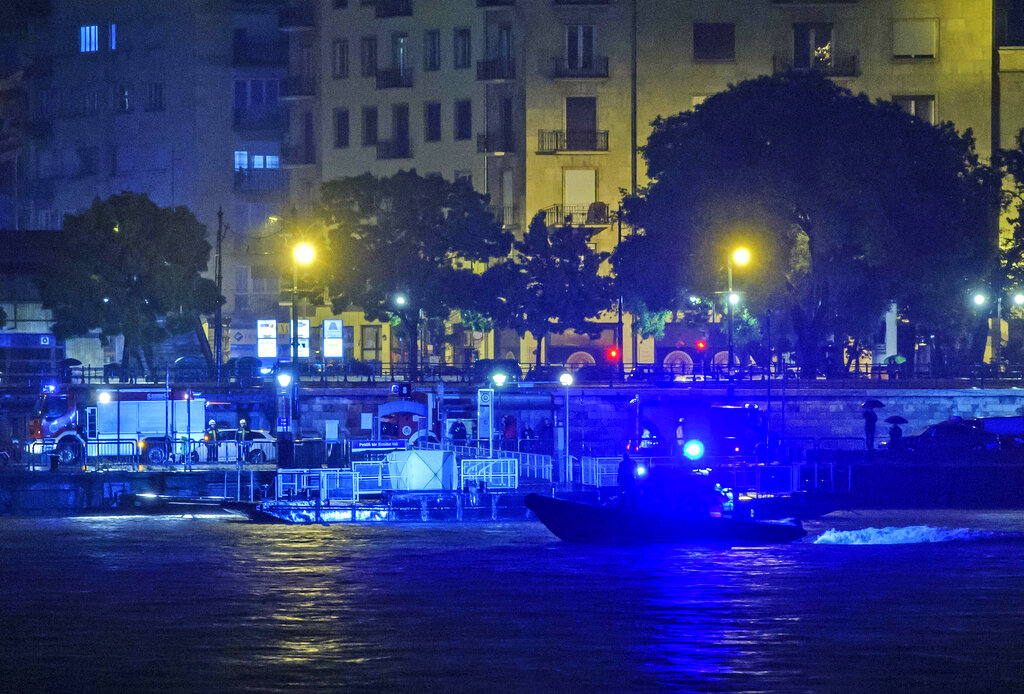 A rescue boat searches for victims on May 29, 2019, after a tourist boat crashed with a river cruise boat, in River Danube in Budapest. (Photo: AP)

The accident happened near the parliament building in the heart of the Hungarian capital after a collision with another boat at around 10:00 pm (2000 GMT) on Wednesday, according to local media.

"At this stage, seven people have been taken to hospital in a stable condition and our services have recorded the death of seven other people," Pal Gyorfi, a spokesman for Hungarian emergency services, said early Thursday morning.

Searches with the help of divers continued through the night for the missing, he added.

Heavy rainfall since the beginning of May has led to high water levels, complicating rescue efforts.

The accident happened on a popular part of the Danube river for pleasure trips, from where passengers can view the city and its parliament building illuminated at night.

The boat was found after several hours of searching near the Marguerite Bridge, which connects the old city of Buda and the district of Pest, local media said.

Access to the river has been blocked by the authorities, according to local television.

South Korea's President Moon Jae-in had instructed officials to "deploy all available resources" for the rescue, the presidential office said.

Hungarian health minister Ildiko Horvath visited the scene to express his condolences to the families of the victims.