BEIRUT, Aug. 25 (Xinhua) -- Georges Kettaneh, secretary general of the Lebanese Red Cross (LRC), said on Tuesday that seven people are still missing after the explosions that rocked the Port of Beirut on Aug. 4. 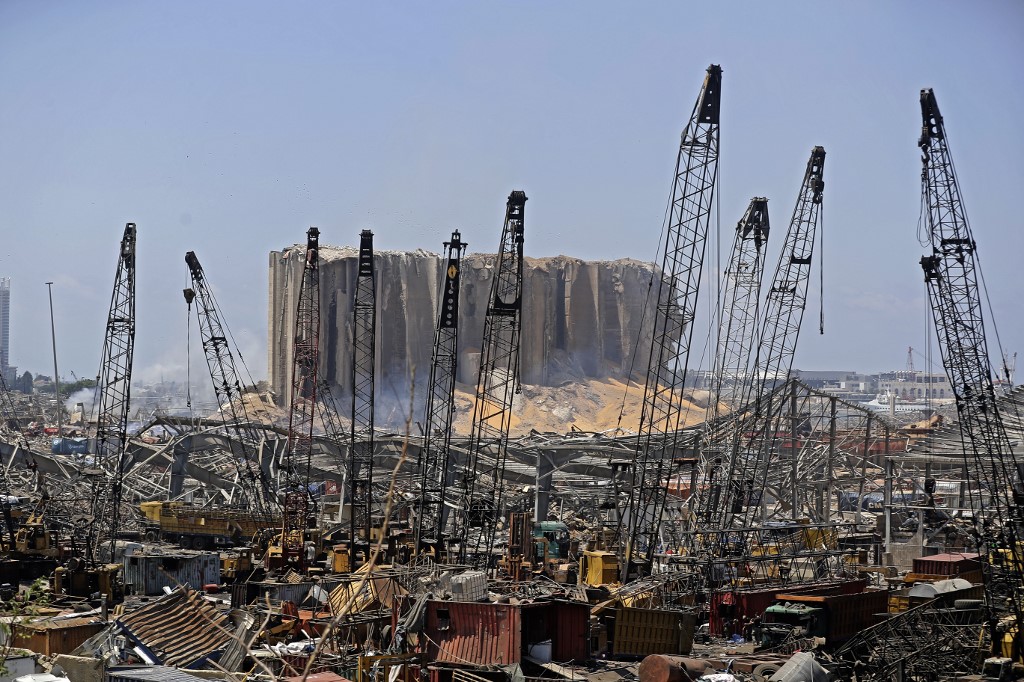 A picture shows destruction at Beirut port on August 5, 2020 in the aftermath of a massive explosion in the Lebanese capital. (Photo: AFP)

Out of the 77 reported missing were 37 found dead and 33 wounded, Kettaneh noted, according to Elnashra, an online independent newspaper.

The seven missing people are four Lebanese, two Syrians and one Egyptian.

Search operations are still going on, the LRC chief said.

Two huge explosions rocked Port of Beirut at around 6:10 p.m. local time (1510 GMT) on Aug. 4, shaking buildings all over the Lebanese capital, while killing at least 177 and wounding around 6,000 others.