Heavy flooding in Paraguay has displaced 70,000 families and is threatening to further inundate the capital Asuncion in the coming weeks, the country's weather bureau said. 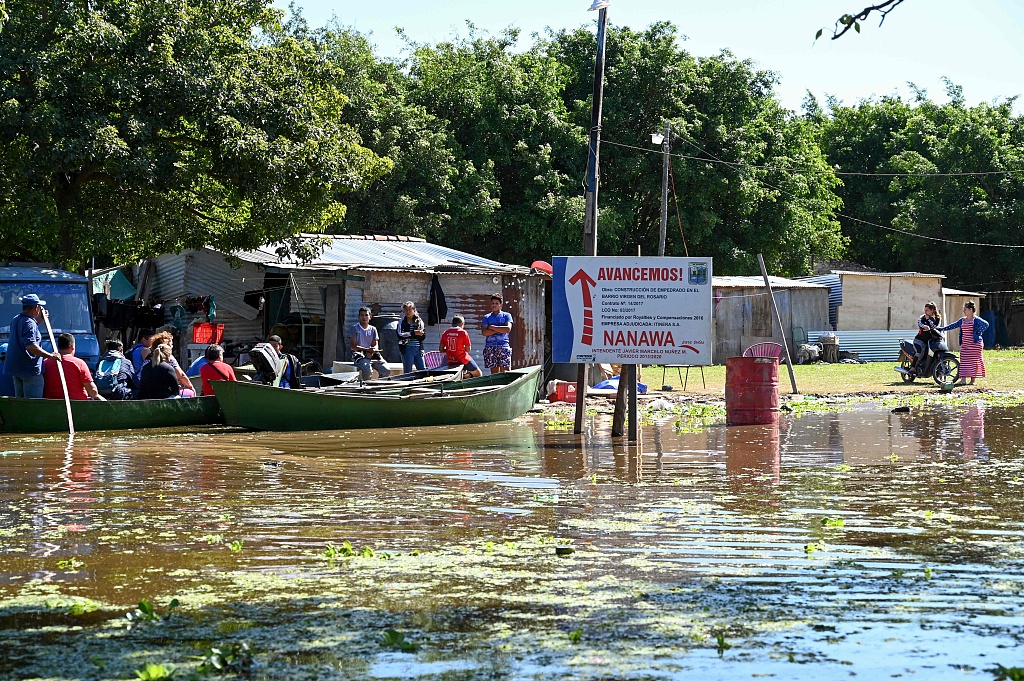 People use a boat to move around the flooded city in Nanawa, Paraguay, on May 16, 2019, after the overflowing of the Paraguay River due to heavy rain in the past weeks. (Photo: VCG)

Water levels on the Paraguay River are rising at a rate of 4-5 centimeters (1.5-2 inches) every day and is only 46 cm (18 in) below a "disaster" level, according to official data from the Department of Meteorology and Hydrology (DMH).

Crossing that threshold would "have a very strong impact" because of the number of Asuncion residents who have moved into the city's floodplain, said DMH deputy director Nelson Perez on Sunday.

The city's water service infrastructure was clogged with garbage which was exacerbating the floods, Perez added.

Some 40,000 people in Asuncion have already been affected by the floods, official data reported.

A further 10,000 people have been displaced in the southern town of Pilar on the Argentinian border.

The government has mobilized armed forces to help displaced residents relocate to shelters, but hundreds of families have opted to stay behind in their inundated homes.