VALLETTA, May 24 (Xinhua) -- Malta's Health Minister Chris Fearne said on Monday that 70 percent of the country's adult population have received at least one dose of the COVID-19 vaccine. 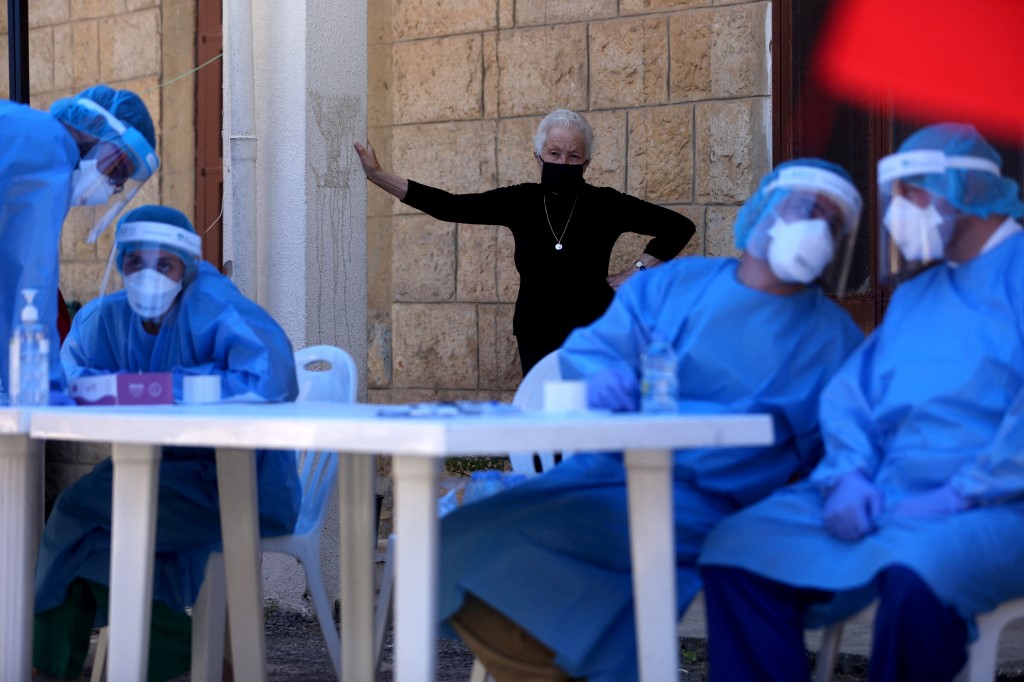 An elderly woman waits to be tested for the novel coronavirus by a nurse with the mobile crew of the Lebanese American University Medical Center, at the Order of Malta dispensary, in the southern Lebanese local authority of Roum in the town of Jezzine on May 21, 2020. (File photo: AFP)

"We have reached herd immunity," the minister announced on social media hours after saying that the target would be reached during a press conference earlier the same day.

"Malta is the first country in Europe to achieve herd immunity," he said at the press conference.

So far, 42 percent of the country's adult population have been fully vaccinated.

The reopening of the country and its return to normality will continue being gradual, said the minister, warning that if the COVID-19 numbers spike, removal of restrictions will have to be delayed.

A vaccination certificate will become available in the coming days, which will allow the opening of more social, cultural, and commercial activities in a secure and safe manner, he said.

Malta, with a half-million population, currently has 72 active COVID-19 cases. Over 300,000 people have received at least one dose of the vaccine, while over 180,000 people are now fully vaccinated, according to the latest data issued by the health authorities.