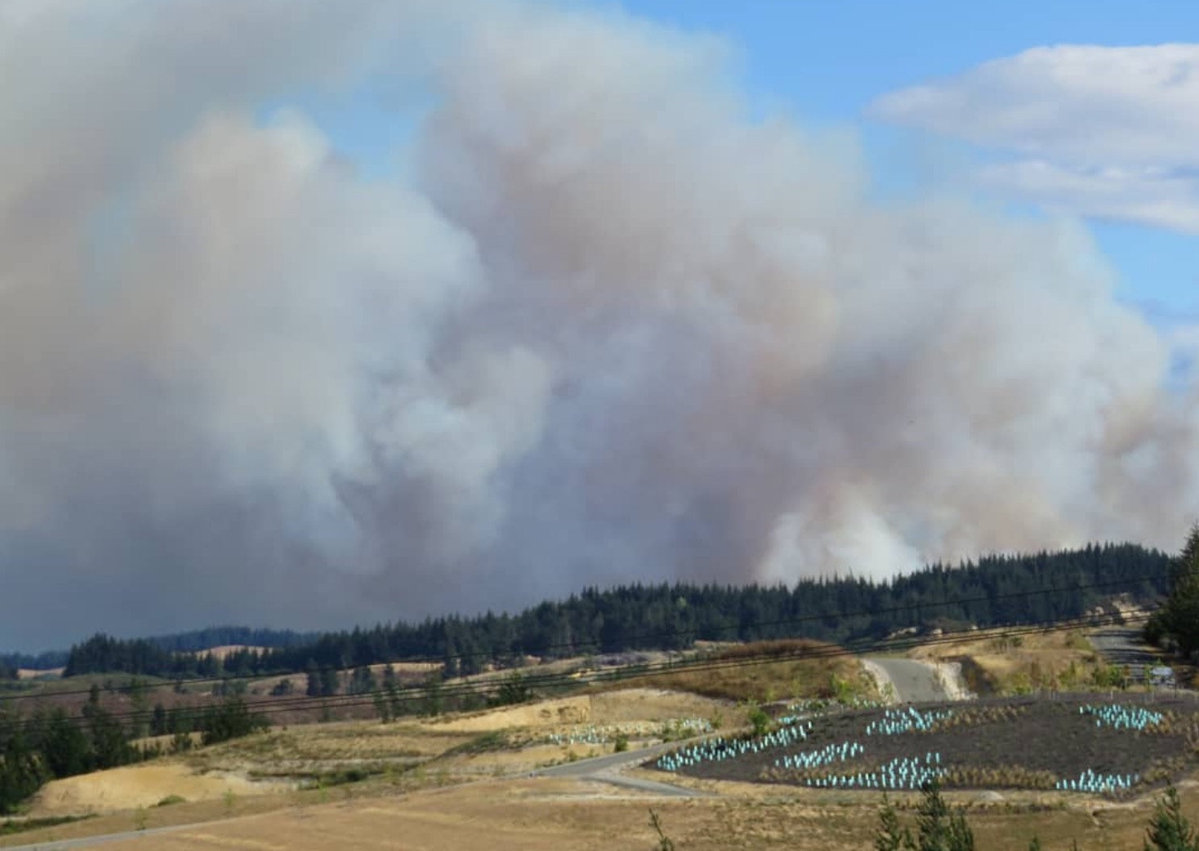 About 700 residents were evacuated from a New Zealand town on Friday as a forest fire threatened the area.

Civil defense authorities decided to evacuate parts of Wakefield on the South Island. Authorities opened up a sports stadium as a welfare center and said they could accommodate people who didn't have friends or family to stay with elsewhere.

Others in the town of 3,000 were waiting to hear if they would also be evacuated, and many were choosing to leave.

Police and civil defense responders were knocking on the doors of about 250 affected homes to makes sure nobody remained behind.

The wildfire began Tuesday and had spread to about 2,000 hectares (5,000 acres) by Friday. It had burned down one house. Authorities believe it was started by sparks from farm equipment.

Other, smaller fires were also flaring up in the dry region, including in the city of Nelson, which is home to about 50,000 people.

Richard Kirby, the group recovery manager for Civil Defence, said it might be four of five days before the fire is contained.

He said the drought-like conditions in the region are causing problems for residents and farmers alike.

"The general feeling is one of consternation. There's no rain on horizon and it's very dry," he said. "The realism is coming through that perhaps the worst can happen: that the rivers go dry and we can't irrigate, and have severe restrictions on urban water use."

Australia and New Zealand have been experiencing a hot Southern Hemisphere summer.

Australia sweltered through its hottest month on record in January and there have been wildfires razing the south and flooding in the tropical north.

New Zealand's weather hasn't been as extreme, although it did experience a heatwave over the last few days of January.