WORLD 73,000 evacuated from conflict-hit areas in Ukraine in past month

73,000 evacuated from conflict-hit areas in Ukraine in past month

KIEV, Sept. 12 (Xinhua) -- More than 73,000 people have been evacuated from the conflict-affected eastern and southern regions of Ukraine in the past month, Ukraine's Ministry of Reintegration of the Temporarily Occupied Territories said on Monday. 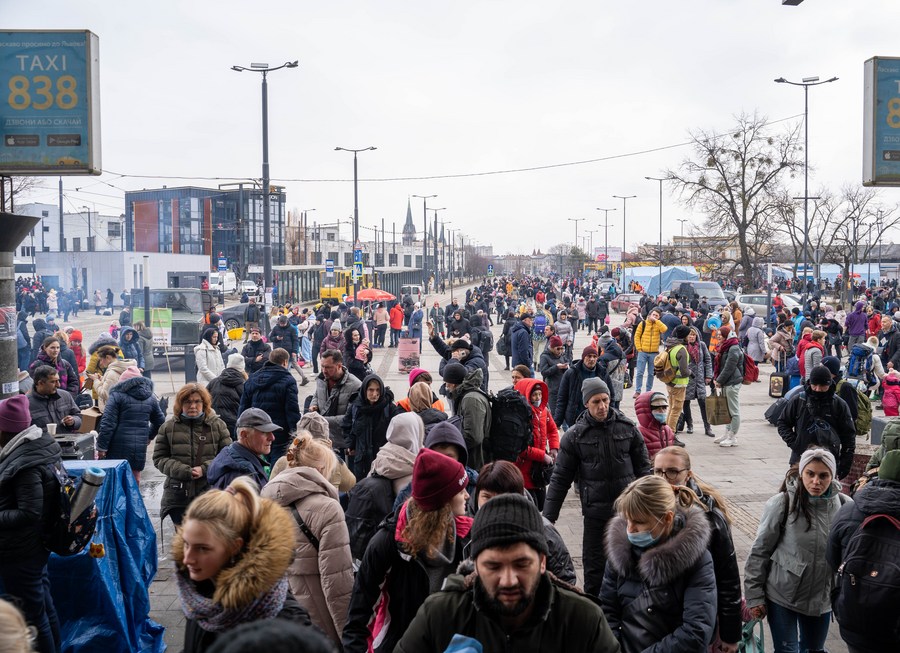 Photo taken on March 3, 2022 shows the square in front of a railway station in Lviv, Ukraine. (Photo: Xinhua)

In particular, about 16,000 civilians have been evacuated in a month from the eastern Donetsk region as a part of the mandatory evacuation, the ministry said.

Besides, 50,000 people were evacuated from the Russia-held areas in Kherson and Zaporizhzhia regions in southern Ukraine to Kiev-controlled territory, it said.

Ukraine started the mandatory evacuation from the Donetsk region in early August.

Ukraine's Deputy Prime Minister Iryna Vereshchuk said that the mandatory evacuation may be extended to other conflict-hit regions.