75 dead in landslides, floods in Philippines

MANILA, Jan. 1 (Xinhua) -- The landslides and flash floods triggered by heavy rains in the Philippines have caused 75 people dead and 16 others missing, the government disaster agency said on Tuesday. 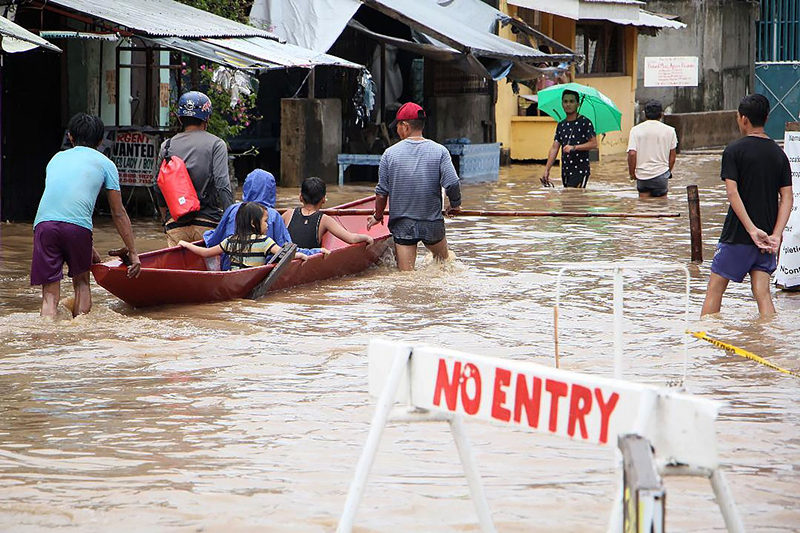 People wade through a flooded street in the town of Baao in Camarines Sur province on December 30, 2018. (File photo: VCG)

The Philippine National Disaster Risk Reduction and Management Council (NDRRMC) said in its latest report that besides the deceased, 16 people are still missing and 12 were injured.

More than 45,000 families or nearly 192,000 people from 457 villages in the central and northern Philippines were affected by the tropical depression that hit the land on Dec. 29.

It weakened into a low-pressure area after hitting land. Nevertheless, it continued to dump days of heavy rain in the Bicol region and Eastern Visayas, triggering landslides and massive flooding.

NDRRMC spokesman Edgar Posadas said 59 of the deaths were from the Bicol region, 13 from Eastern Visayas in the central Philippine and three others from nearby regions.

"The deaths were mostly due to landslides," Posadas added.

The spokesman said that many roads were rendered impassable due to flooding and landslides. The heavy rain also caused power outages and cancellations of 36 flights.

The government is now in the process of restoring damaged electric lines and roads, he added.

The most affected provinces like Albay province, Camarines Sur province, Camarines Norte province and Sorsogon province are now placed under a state of calamity. This would allow the fast release of relief funds, while price controls would be imposed on basic necessities and prime commodities.