75 Palestinians injured in clashes with Israeli soldiers in eastern Gaza

GAZA, Aug. 30 (Xinhua) -- At least 75 Palestinians were injured on Friday during clashes with Israeli soldiers in eastern Gaza, close to the border with Israel, medics said. 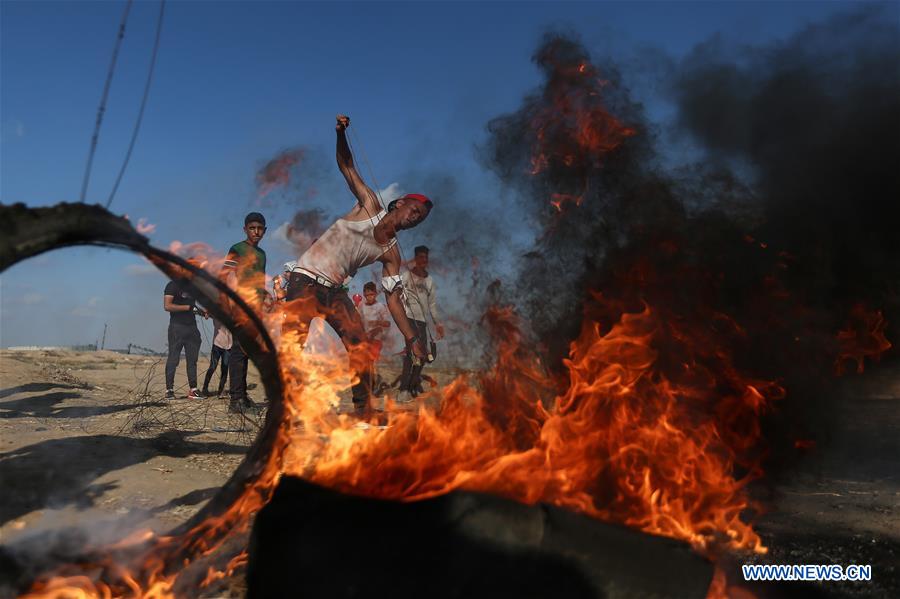 A Palestinian protester uses a slingshot to hurl stones at Israeli troops during clashes with Israeli troops on the Gaza-Israel border, east of southern Gaza Strip city of Khan Younis, Aug. 30, 2019. (Photo: Xinhua)

Ashraf al-Qedra, spokesman of the health ministry in Gaza, told reporters that a field paramedic and a journalist were among the injured.

Hundreds of Palestinian demonstrators gathered earlier on Friday afternoon close to the border between eastern Gaza Strip and Israel waving Palestinian flags and joining the 72nd Friday of the anti-Israel rallies known as the Great March of Return.

Witnesses said clashes broke out between Palestinian demonstrators and Israeli soldiers, while Israeli media reported that around five homemade grenades were thrown at the soldiers stationed on the border.

No casualties, however, were reported among Israeli soldiers.