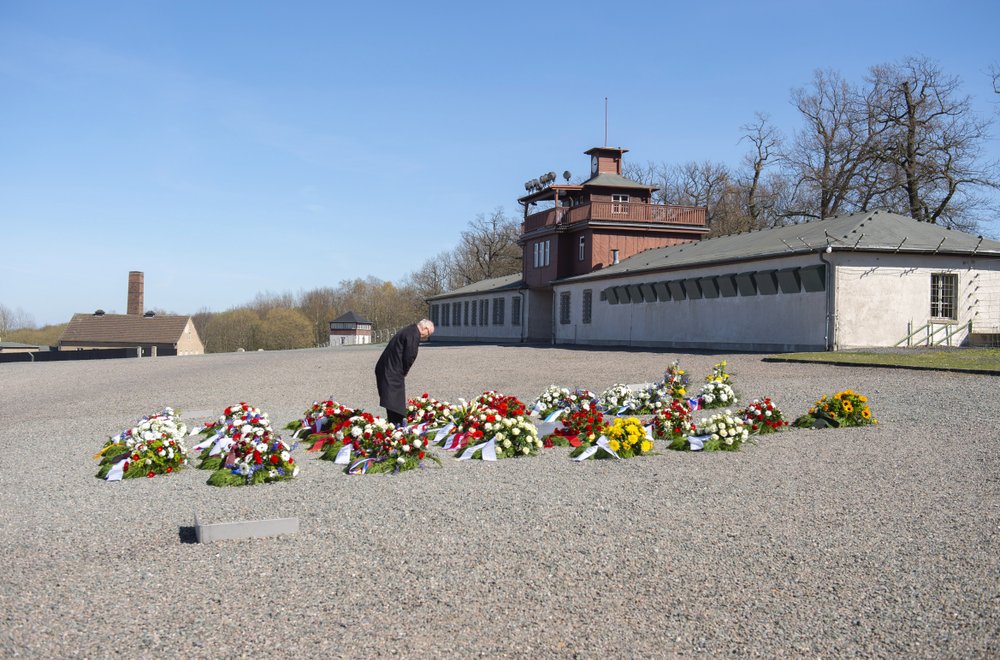 The 75th anniversary of the liberation of the Nazis’ Buchenwald concentration camp passed more quietly than originally planned on Saturday, with larger-scale commemorations put on hold because of the coronavirus epidemic.

The director of the Buchenwald memorial, Volkhard Knigge, laid a white rose among wreaths at the site just outside the German city of Weimar, 75 years to the day after US forces liberated the camp on April 11, 1945.

Public gatherings of over two people are currently banned in Germany, but the memorial said individuals were welcome to lay flowers and messages at the fence of the site.

A declaration to mark the anniversary, initiated by local authorities and the Buchenwald memorial and noting that human rights, democracy, and freedom “must, again and again, be defended anew” was posted online.

A commemoration with survivors had been planned, but was canceled because of health concerns. The governor of Thuringia state, Bodo Ramelow, said that it will take place when the danger from the pandemic has passed, news agency DPA reported.

The Buchenwald concentration camp was established in 1937. More than 56,000 of the 280,000 inmates at Buchenwald and satellite camps were murdered by the Nazis or died as a result of hunger, illness or medical experiments before it was liberated.