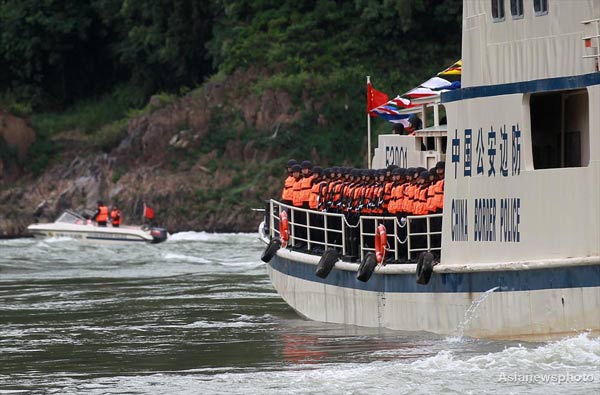 Eight vessels and more than 100 law enforcement personnel participated in the patrol between China's Guanlei port and waters near the Golden Triangle.

The patrol targets drug trafficking along the Mekong River and will conduct random inspections of ships in waters near key regions, including the Golden Triangle.

During the joint patrol, law enforcers will hold a meeting to review the current security and hydrological situation of the Mekong River in Myanmar.

The Mekong River, known as the Lancang River at the Chinese stretch, runs through China, Laos, Myanmar, Thailand, Cambodia and Vietnam, and is an important waterway for transnational shipping.