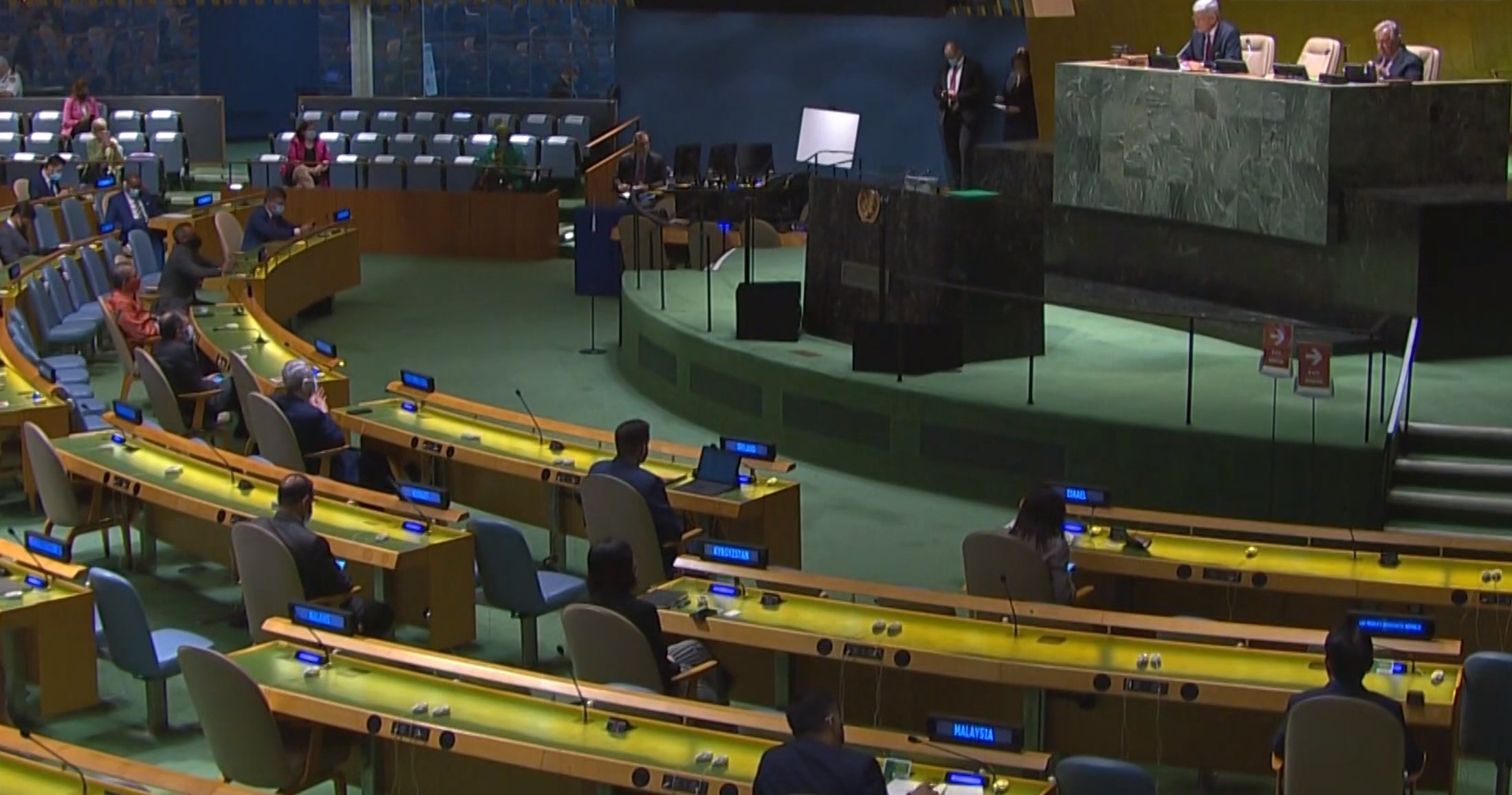 Screenshot of video from Xinhua

"The context in which we are working serves to remind us of the necessity of the multilateral system and inspires us all to make use of the UN Charter to address our collective challenges," he said, referring to the COVID-19 pandemic.

Bozkir said he intended to hold in-person meetings of the General Assembly as long as health conditions allow, with the necessary mitigation measures to protect the health and safety of delegates and UN staff.

"In our business of diplomacy, there is no substitute to meeting counterparts face-to-face to build long-term understanding of each other's positions and forge compromise," he said.

Bozkir was sworn in earlier on Tuesday at the closing of the 74th session of the General Assembly.

UN Secretary-General Antonio Guterres, in his opening remarks, warmly congratulated Bozkir on his new role and pledged his full support.

This year will be a critical one in the life of the world organization. The United Nations must continue to respond to the immediate impact of COVID-19 by strengthening health systems and supporting the development and equitable distribution of treatments and vaccines. It must also prepare to build a strong recovery, based on the 2030 Agenda of Sustainable Development Goals and the Paris Agreement on climate change, he said.

All the while, the General Assembly will continue with its work across the full range of global challenges: peace and security, disarmament, human rights, gender equality and sustainable development, said Guterres.

"As we mark the 75th anniversary of the United Nations, it is clear that the world has high expectations of us, as the main platform for multilateralism and cooperation on a rules-based international system."

"I therefore welcome your pledge to work toward consolidating trust and cohesion among United Nations member states, major groups of countries, and other international organizations. These efforts are essential to the unity and solidarity we need in this next crucial year, as we respond to the pandemic, build a strong recovery and implement the Sustainable Development Goals."

Guterres thanked Bozkir for his support for the UN reform agenda, and his commitment to working closely with his office and with the UN Secretariat as a whole. "The entire Secretariat is ready to offer you all our cooperation and support, and I wish you a very successful mandate," he said.