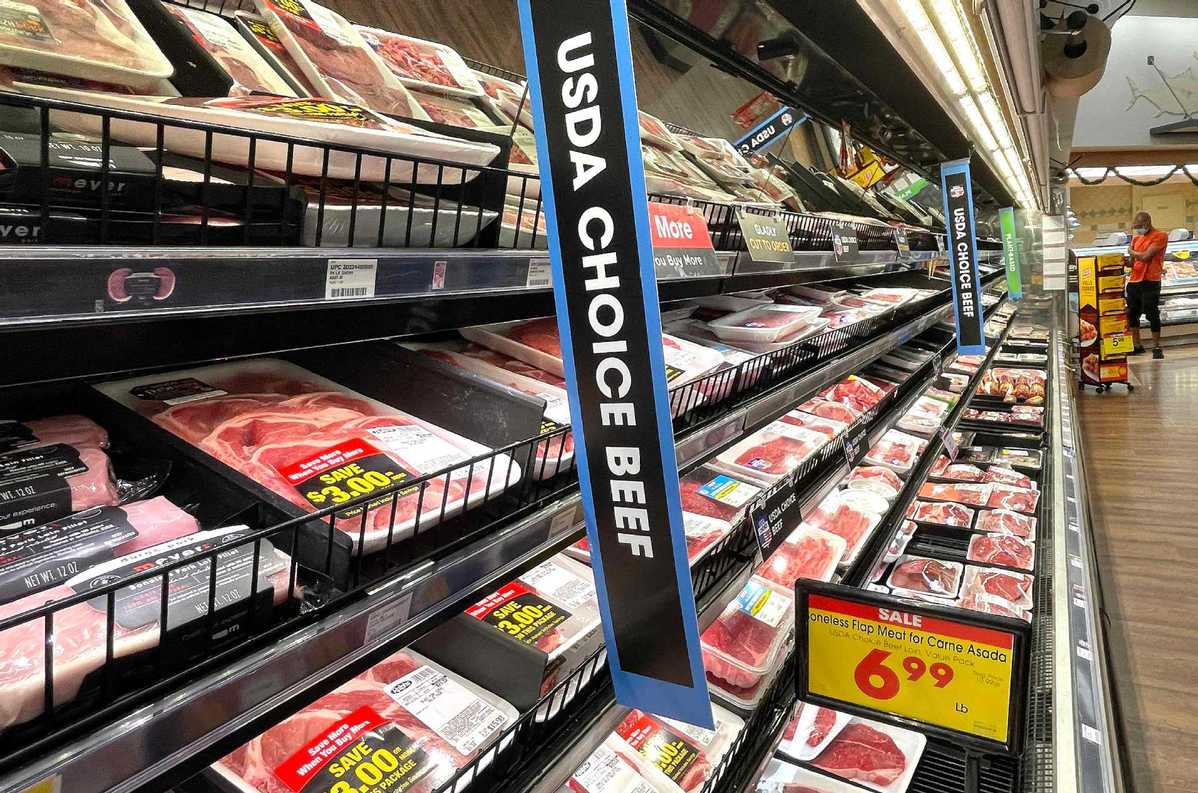 In this file photo taken on Nov 11, 2021, USDA Choice beef is displayed for sale in a grocery store in Los Angeles, California. Prices across the US rose by 5 percent last month compared to October 2020 as the wave of inflation accelerated, the government reported Nov 24, 2021. (Photo: Agencies)

NEW YORK-- A Yahoo News/YouGov survey found that 77 percent of Americans think that the inflation has recently affected their daily life to some extent, US newspaper New York Post has reported.

The survey, released on Tuesday, also found that 61 percent of Americans say the ongoing supply chain crisis and the resulting shortages of food and services have caused inconvenience, according to the report.