WORLD 780,000 evacuated in India ahead of major cyclone

780,000 evacuated in India ahead of major cyclone 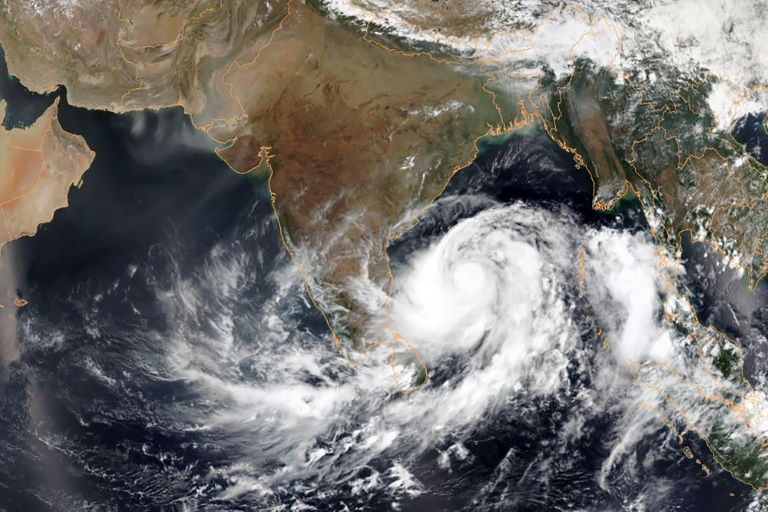 The Indian weather service said Extremely Severe Cyclonic Storm Fani is gathering near the Hindu holy town of Puri with gusts of up to 200 kmh on May 2, 2019. (Photo: AFP)

Nearly 800,000 people in India's eastern coastal districts have been evacuated ahead of the expected arrival of a major cyclone packing winds of up to 200 kilometres (125 miles) per hour, officials said Thursday.

A state relief department official told AFP that 780,000 people were moved to safer places overnight from at least 13 districts of Odisha state that will bear the brunt of the powerful cyclone.

"More people are being moved to safer places," an official from the department told AFP.

Some 1,000 shelters in schools and government buildings have been set up to accommodate more than a million people.

On Thursday the storm, which reports said was the biggest to hit eastern India in nearly two decades, was brewing in the Bay of Bengal some 450 kilometres offshore and moving westwards. 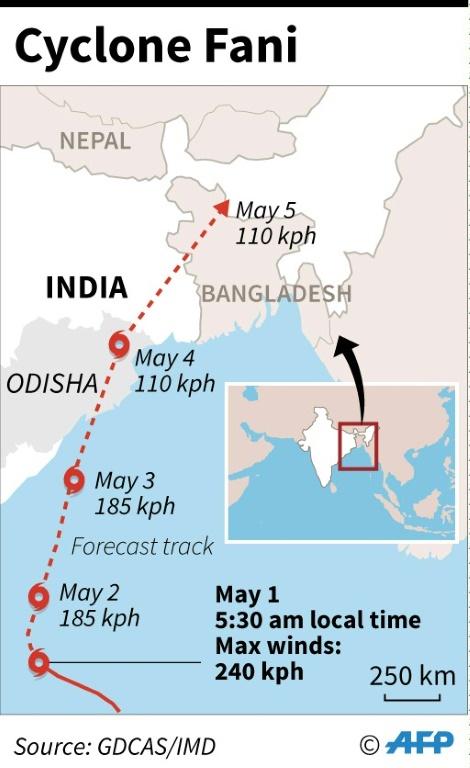 The cyclone was expected to pack sustained wind speeds of 180-190 kmh, bringing gusts of up to 200 kmh, and is equivalent in strength to a Category 3 to 4 hurricane.

It will be the fourth such storm to hit the country's east coast in three decades.

The neighbouring coastal states of Andhra Pradesh and Tamil Nadu have also been put on high alert.

Odisha had to evacuate some 300,000 people last October when its coastal districts were battered by cyclone Titli, with winds up to 150 kmh (95 miles) per hour and heavy rains