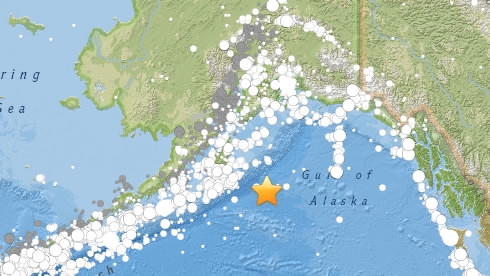 An earthquake measuring 8.2 on the Richter scale jolted 278 km southeast of Kodiak, Alaska, at 0931 GMT on Tuesday, the US Geological Survey said.

The epicenter, with a depth of 10 km, was initially determined to be at 55.955 degrees north latitude and 149.227 degrees west longitude. 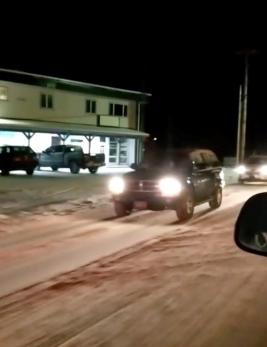 The quake prompted a tsunami warning for parts of Alaska and Canada and a tsunami watch for the entire US west coast, the US Tsunami Warning System said.

Chinese tourisits are reminded to keep away from the area.

Hawaii is no longer considered at risk from a possible tsunami that could be generated by a powerful earthquake that hit the Gulf of Alaska early on Tuesday, the Pacific Tsunami Warning Center said.

“Based on all available data there is no tsunami threat to the state of Hawaii. Therefore the tsunami watch for Hawaii is now canceled,” it said.

The magnitude 7.9 earthquake also prompted warnings of a possible tsunami down the Canadian and US west coast.