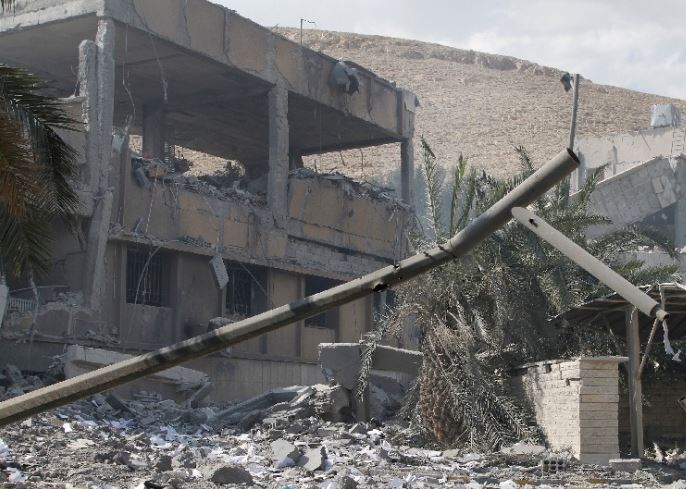 Relics of the Scientific Research Center in the Barzeh neigborhood of northeast of Damascus, after the United States, Britain and France carried out a wave of joint airstrikes on Syrian military facilities. (File photo: Xinhua)

DAMASCUS, Jan. 30 (Xinhua) -- At least eight civilians were killed as a result of a US-led airstrike on the Islamic State (IS)-held area in eastern Syria, state news agency SANA reported on Wednesday.

The overnight airstrike targeted the outskirts of the Baghuz town in the eastern countryside of Deir al-Zour province, where remnants of IS militants are located.

The shelling came as the IS group has lost all villages and towns in the eastern Euphrates region and is now controlling a few farms in that area.

The Syrian Observatory for Human Rights recently said that around 1,250 IS militants have been killed since the US-backed Syrian Democratic Force launched a wide-scale offensive to defeat IS in the eastern Euphrates region in eastern Deir al-Zour last September.