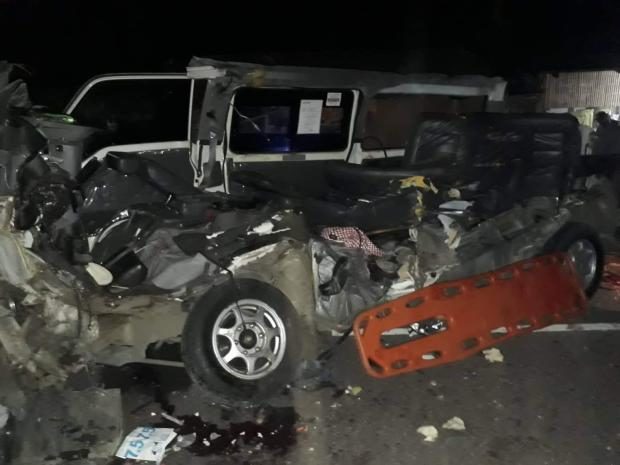 MANILA, Nov. 7 (Xinhua) -- Eight people were killed and four others injured in a head-on collision between a bus and a passenger van in Camarines Sur province south of Manila, police said on Thursday.

Police said the accident occurred around 8 p.m. Wednesday night along a highway in Pamplona town when a northbound bus and southbound van collided.

Eight passengers of the van, including its driver, died at the scene, while four others were injured, police added.

Initial police investigation showed that the bus, which was travelling to Manila, avoided a tricycle, causing the driver to lose control of the vehicle and hitting the van head-on.