8 killed, 17 injured in bomb attack near gov't ministry in Kabul

KABUL -- At least eight people, including an assailant, were killed and 17 others wounded after a suicide bomb exploded near a government ministry office in western Kabul on Sunday, authorities said. 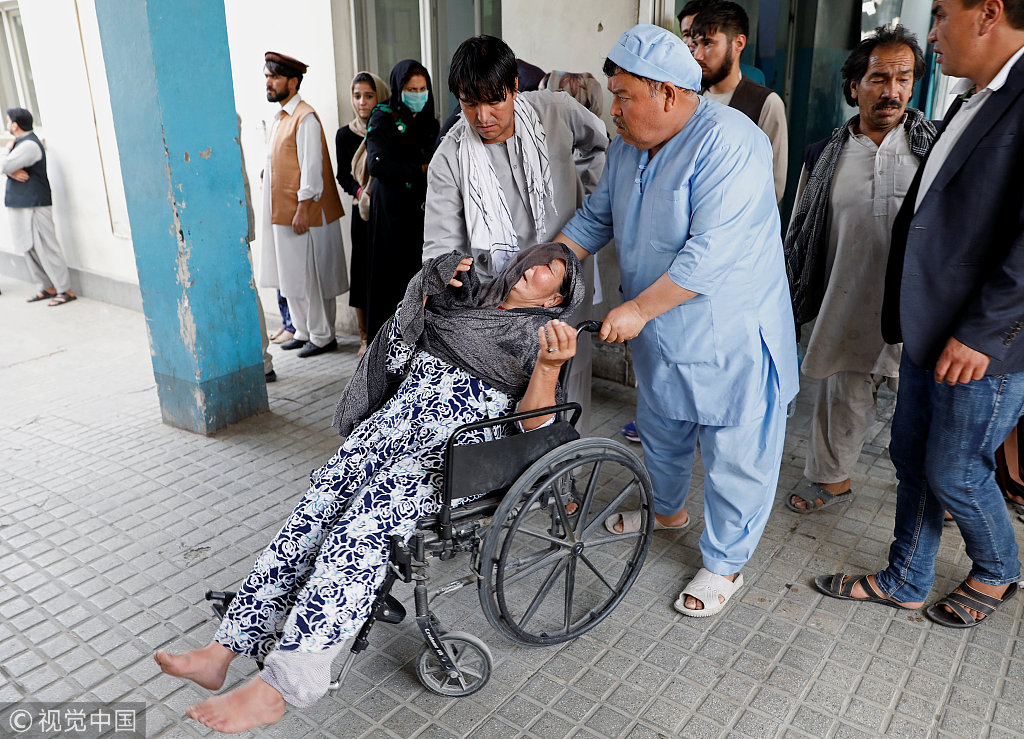 An Afghan woman mourns at the hospital after a blast in Kabul, Afghanistan July 15, 2018.  (Photo: VCG)

"The preliminary findings show that seven civilians and the bomber were killed on the spot and 17 people injured in the blast which occurred at around 4:30 p.m. local time," a security source told Xinhua near the scene.

"A terrorist detonated his explosive belt near the building of the Ministry of Rural Rehabilitation and Development in Dar-ul-Aman locality, Police District 6 of the city," Hashmat Stanikzai, spokesman of Kabul police, tweeted earlier.

The attack took place when the ministry's employees were leaving the building for home after work.

One June 11, 17 employees of the same ministry were killed and over 30 others wounded in a similar attack in Dar-ul-Aman.