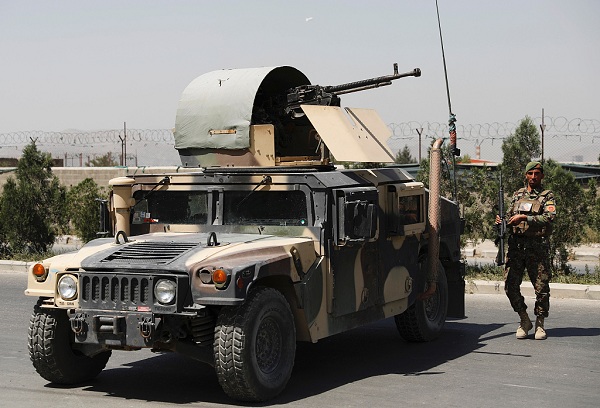 An Afghan National Army (ANA) soldier stands near the site of a blast in Kabul, Afghanistan July 25, 2019. (Photo: AP)

According to Rahimi, the targeted mini-bus belonged to the Ministry for Mines and the victims might be the employees of the said ministry.

Details would be released after investigation, the official added.

Two more blasts were also heard in Kabul minutes after the blast targeting the mini-bus.