WORLD 8 killed, 6 injured in blast inside fireworks factory in India

8 killed, 6 injured in blast inside fireworks factory in India

NEW DELHI, Oct. 26 (Xinhua) -- At least eight people were killed and six others injured on Friday evening in a blast inside a fireworks factory in northern Indian state of Uttar Pradesh, police said. 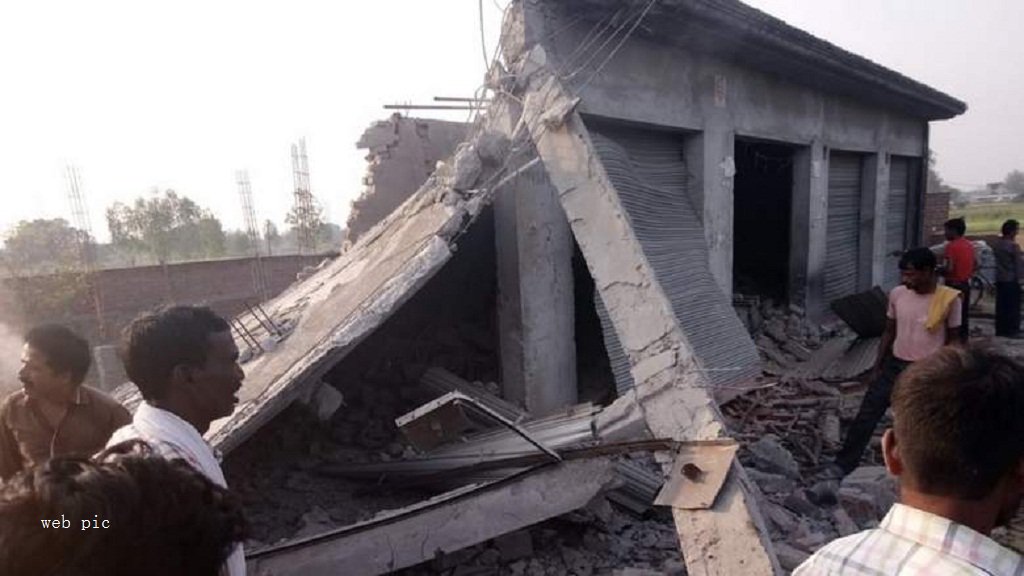 The blast was triggered in a stockpile of firecrackers inside a factory at village Rasulpur in Budaun district, about 275 km northwest of Lucknow, the capital city of Uttar Pradesh.

"This evening there was an explosion inside a fireworks factory here, due to which seven people were killed on spot and seven others were injured. However, later on, of the injured one more succumbed taking toll to eight," a senior police official posted in Badaun said.

The injured were admitted at a nearest medical facility.

Locals said the blast damaged the factory and caused cracks in nearby buildings.

Police officials said the factory was a registered unit.

"We are trying to ascertain how the blast triggered," the official said.

Accidental explosions are common at Indian fireworks factories and shops.