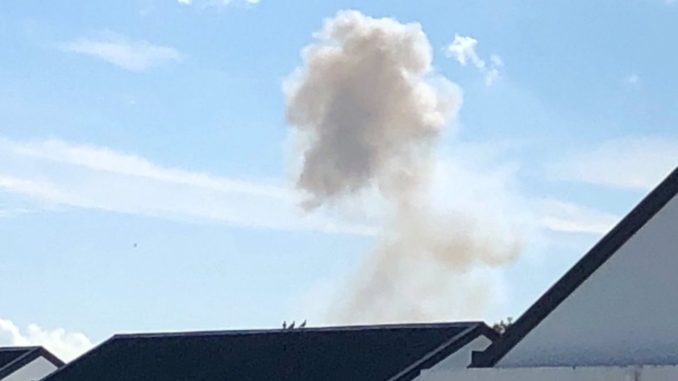 Smoke is seen during an explosion at the South African munitions depot in Somerset West, near Cape Town, South Africa September 3, 2018. (Photo: Reuters)

At least eight people were killed an exlosion at a munitions depot in Somerset West outside Cape Town on Monday, authorities said.

Six other people who were unaccounted for after the blast have been found, according to rescuers at the scene.

The huge explosion ripped through the Denel munitions depot, about 30 km outside of Cape Town, witnesses said.

The cause of the blast is still under investigation, said Theo Layne of the fire and rescue service.

The city has dispatched 15 firefighters and three fire trucks to the scene, he said.

The blast rattled doors and homes, and almost knocked out windows in some instances in Somerset West and nearby Strand township, some residents said.