8 killed in suicide attack on police vehicle in Pakistan's Lahore

ISLAMABAD, May 8 (Xinhua) -- At least eight people, including five policemen, were killed and 25 others injured on Wednesday in a suicide attack on a police vehicle outside a Sufi shrine in Pakistan's eastern city of Lahore, the provincial police chief said. 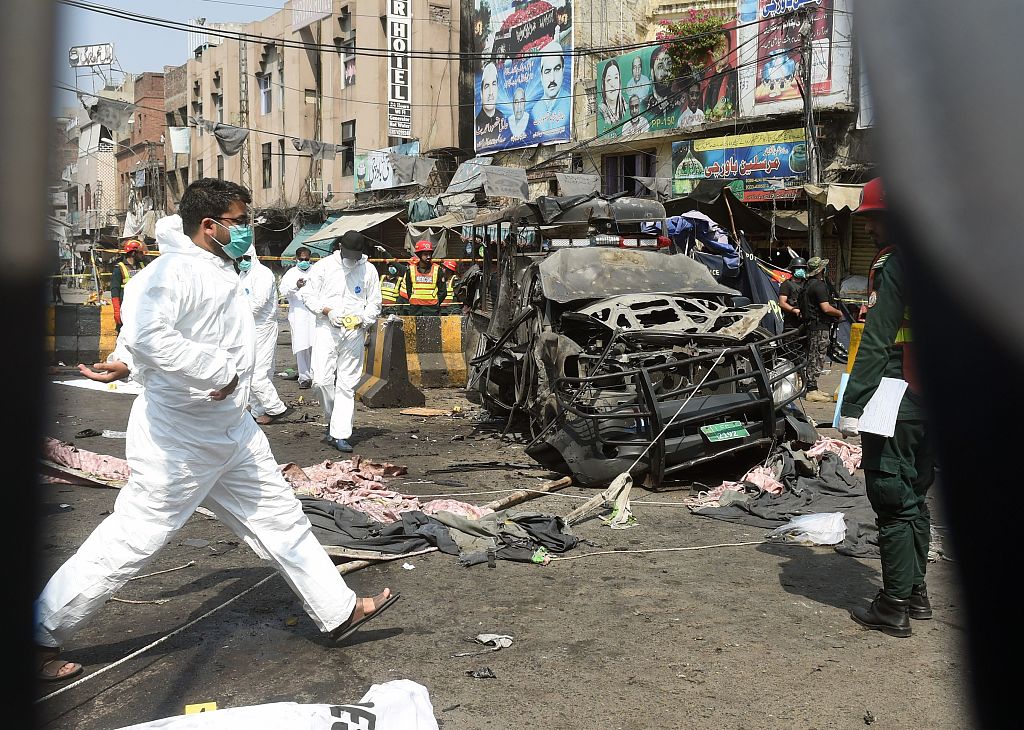 Pakistani security officials examine the site of a bomb blast outside a Sufi shrine in Lahore on May 8, 2019. (Photos: VCG)

Inspector General of Police of eastern Punjab province Arif Nawaz told media that a suicide bomber blew up his explosive-laden jacket near a vehicle of police commandoes outside the crowded Data Darbar shrine located in the downtown of Lahore, the provincial capital of Punjab.

The police officer said that the vehicle came under the attack at 8:45 am local time when it was on the site for the security of the shrine that receives thousands of visitors daily.

Five police commandoes, two civilians and one private security guard are among the deceased, said the officer.

Around seven kilograms of explosives were used in the vest by the bomber, said the officer, adding that a forensic team has collected evidence from the site and is working to know the identity of the bomber.

Pakistani security officials cordon off the site of a bomb blast outside a Sufi shrine in Lahore on May 8, 2019. 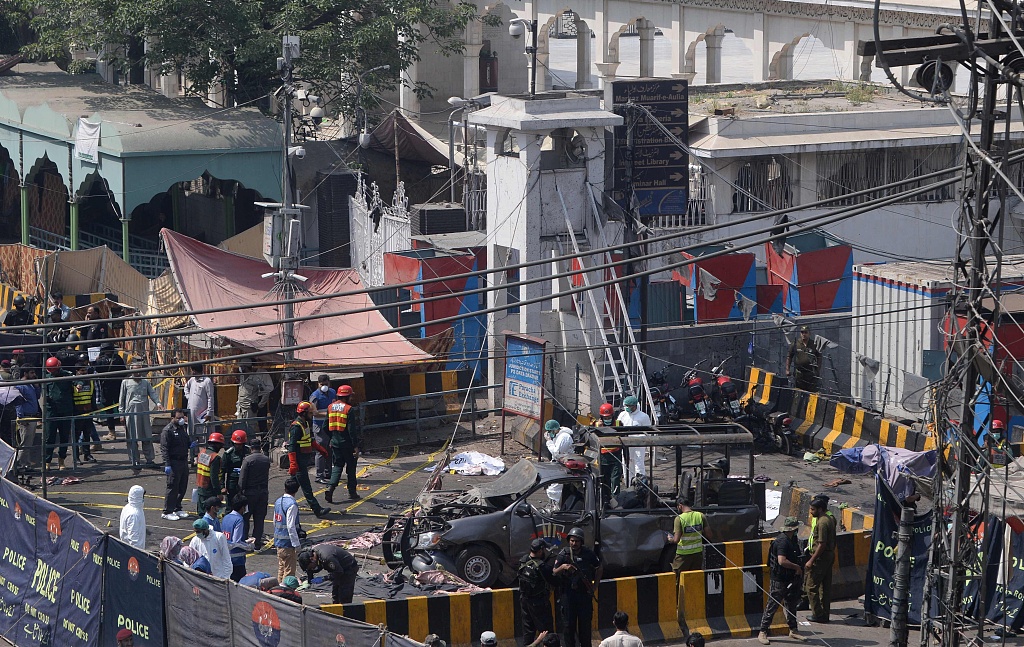 Security has been beefed up in the city as police and Rangers, a paramilitary force, have launched a search operation.

Law Minister of Punjab Raja Basharat told media that the government has ordered police to conduct geofencing to arrest the aids of the bombers.

An official from the Mayo Hospital, where bodies and the injured were shifted, feared that the death toll might further rise as five of the injured are in critical condition. Majority of the victims received wounds caused by shrapnel during the blast, the hospital official added.

Local administration of the city has closed the shrine for the public for an unlimited time.

It is the second terrorist attack at the shrine since the past decade. In July 2010, two suicide bombers attacked the shrine simultaneously, killing 50 people and leaving over 200 others injured.

Pakistani President Arif Alvi and Prime Minister Imran Khan have condemned the attack and asked the authorities concerned to provide the best available treatment to the wounded.

Imran Khan has reportedly also called a high-level meeting to analyze the current security situation and arrangements made by the security departments.