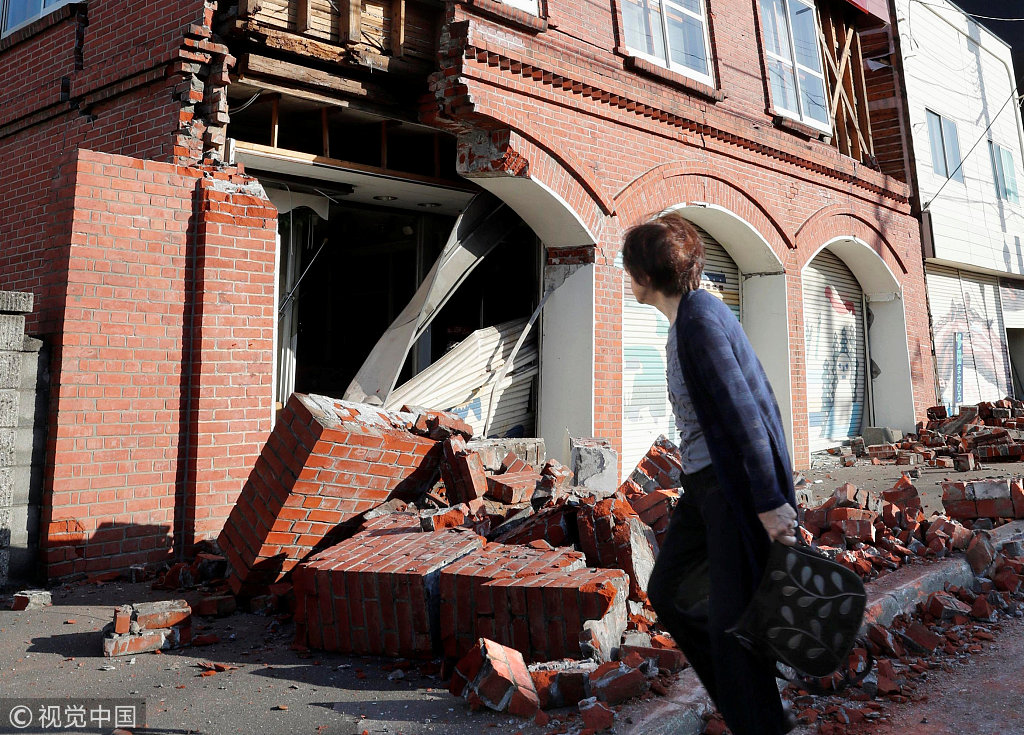 A building damaged by a powerful earthquake is seen in Abira town in Japan's northern island of Hokkaido, Japan, in this photo taken by Kyodo September 6, 2018. (Photo: VCG)

The Japan Meteorological Agency (JMA) said initial estimates listed the quake’s magnitude at 7.0 as it struck a shallow depth of 40 kilometers.

The island is located roughly 112 kilometers southeast of Sapporo, the fifth largest city in Japan.

Officials with the Pacific Tsunami Warning Center said there was no threat of a tsunami in the region.

An aftershock measuring 5.3 rocked the area moments later and smaller aftershocks followed throughout the night.

At least four landslides were reported after the quake, government spokesman Yoshihide Suga said, adding that six homes had collapsed.

The quake has also triggered power blackouts across a wide area in Hokkaido affecting some 3 million households, and hundreds of thousands of households were reported with no water supply.

Telephone service and television broadcasting in Sapporo were affected, and flights were cancelled at New Chitose Airport due to the power outage, and bullet train and local train services were also disrupted.

The Japanese central government has set up a liaison unit at the crisis management center of the prime minister's office to gather information on the quake.

It said some 25,000 personnels of the Japanese Self-Defense Forces will be dispatched to the quake-stricken areas for rescue and relief operations at the request of the governor of Hokkaido.

Japan's weather agency warned that earthquakes with a similar magnitude might again hit the quake-struck region in the following week.

(With input from AFP, Xinhua)