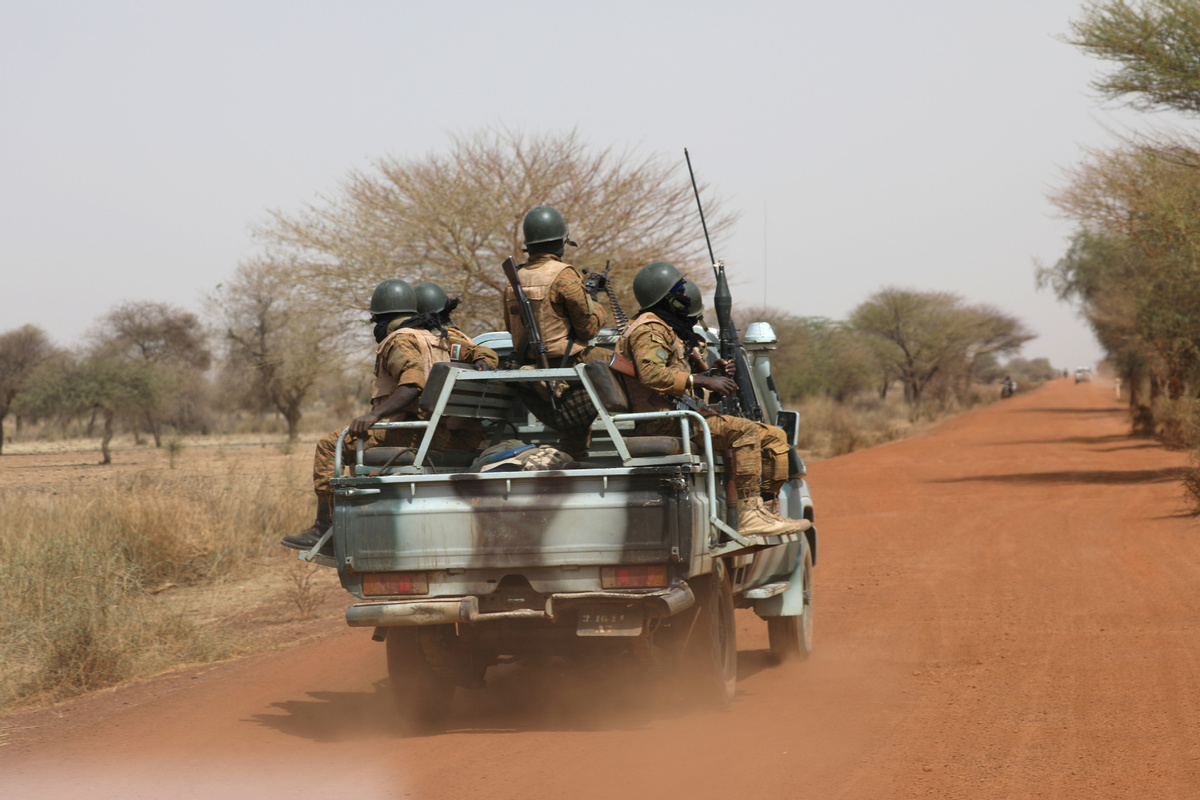 Soldiers from Burkina Faso patrol on the road of Gorgadji in the Sahel area of Burkina Faso, March 3, 2019. (Photo: Agencies)

OUAGADOUGOU - Burkina Faso defense and security forces on Tuesday "neutralized" 80 terrorists in an offensive to an attack on military detachment and local civilians in Arbinda, province of Soum, Burkina Faso army confirmed in a press release.

"Early Tuesday morning, a large group of terrorists attacked simultaneously the military detachment and civilians in Arbinda, province of Soum," the army said in the press release, adding the security forces of Burkina Faso managed to kill 80 terrorists.

However, during the offensive, 7 security forces agents were killed, including 4 soldiers and 3 gendarmes, and more than 20 injured.

According to AFP, the terrorists killed 35 civilians, citing President Roch Marc Kabore, who declared two days of national mourning in the west African country in response to the attack.

Burkina Faso is faced with a worsening security situation in northern regions with almost daily terrorist attacks that have sparked a wave of panic in the country.

Over the last few weeks, Burkina Faso army has scaled up military air and ground offensives against the escalating terrorist attacks across the country.

Since 2015, terrorist attacks have claimed the lives of over 700 people, including 200 of armed forces soldiers, and displaced thousands of others in the West-African country.