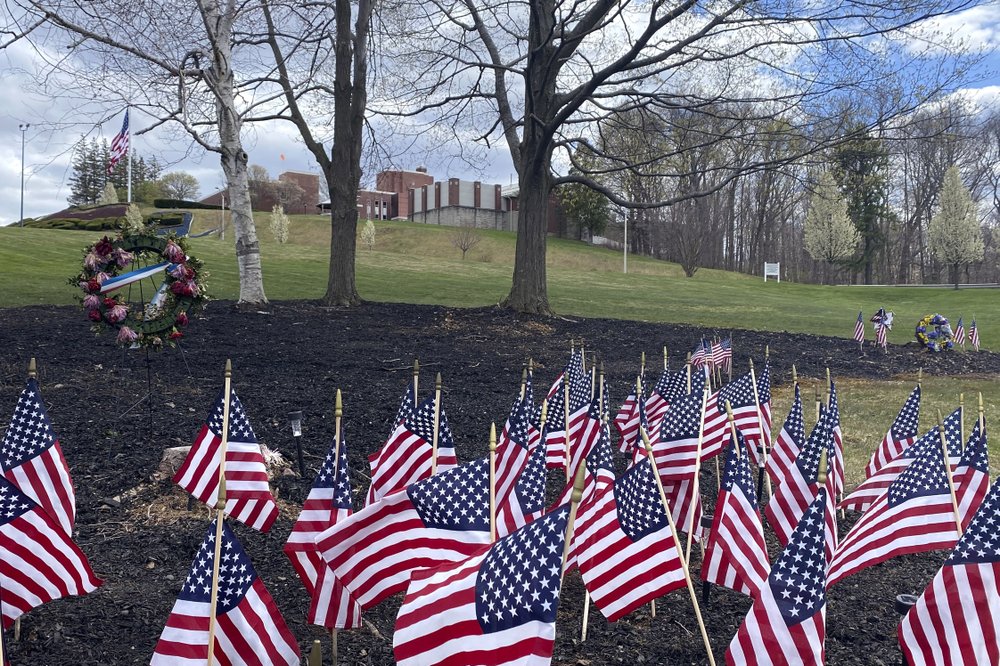 Flags and wreaths honor veterans, Tuesday, April 28, 2020, on the grounds of the Soldiers' Home in Holyoke, Mass., where a number of people died due to the coronavirus. (Photo: AP)

WASHINGTON, April 29 (Xinhua) -- As many as 82 residents living at an aging veterans home in eastern U.S. state Massachusetts have died, including 70 having tested positive for coronavirus, the state's Executive Office of Health and Human Services said Wednesday.

The death toll at the Holyoke Soldiers' Home would continue to climb, according to local media reports, calling it the already deadliest known outbreak at a long-term care facility in the country,

"It's horrific," said Edward Lapointe, whose father-in-law lives at the veterans home, "These guys never had a chance."

Among another 12 death cases, 11 tested negative and one remained unknown, said the executive office.

Meanwhile, an additional 80 residents and 81 employees have tested positive, while 55 residents have tested negative, and 9 have pending tests, according to a report from the Western Massachusetts News website. Only 106 residents remained at the veterans home as of Wednesday.

With limited staff, workers were forced to routinely travel to other units in order to provide help, which caused the virus to spread at an extremely high rate, local media quoted Joan Miller, a nurse at the home, as saying.

Some workers were without proper personal protective equipment, the Boston Globe reported.

There were nearly 230 residents living at the home in late March and before the outbreak, about one-third of residents were 90 or older and needed round-the-clock care, the paper reported.

Federal officials are looking into whether residents were denied proper medical care, according to local media reports.