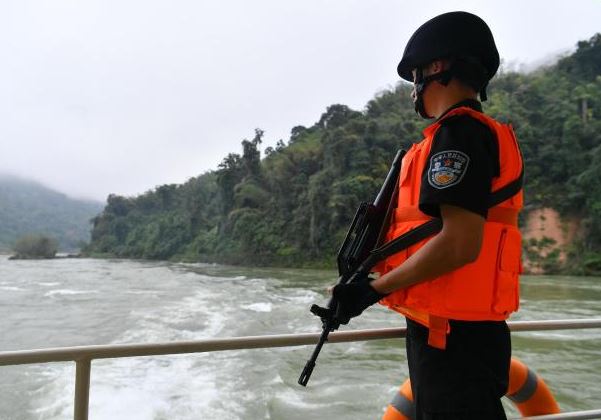 Seven vessels participated in the patrol which will involve inspections, a crackdown on drug crime and an anti-drug publicity campaign, according to the provincial public security department.

The mission will cover key waters including the "Golden Triangle," an area notorious for drug production.

The joint patrols started in Dec. 2011 after a gang hijacked two cargo ships and killed 13 Chinese sailors in Thai waters on Oct. 5 that year. A total of 13,300 officers and 702 vessels have participated in the past 83 missions that have "imposed a powerful deterrent and dealt a hefty blow" to crime on the river, the department said.

The Mekong River, known as the Lancang River in China, is a vital waterway for cross-border shipping among China, Laos, Myanmar, Thailand, Cambodia and Vietnam.