WORLD 85 injured in Mexican plane crash but no fatalities

85 injured in Mexican plane crash but no fatalities 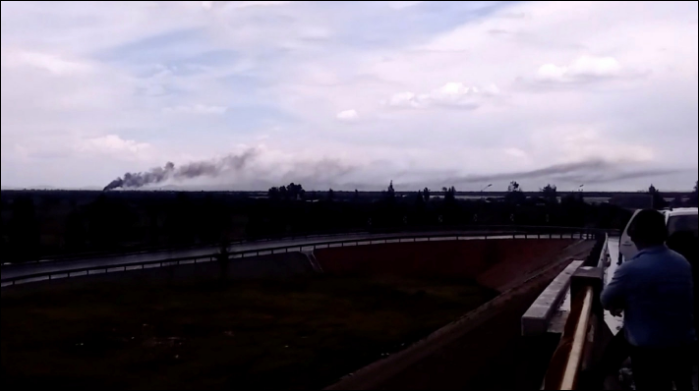 A person watches as smoke billows above a site where an Aeromexico-operated Embraer passenger jet crashed in Mexico's northern state of Durango, July 31, 2018. (Photo: Reuters)

The governor of Mexico’s Durango state has revised the number of people on board the ill-fated flight from 101 to 103, saying two minors had not been included in the earlier tally.

A total of 49 people have been hospitalized, according to the governor, who added that the pilot and another person are in serious but stable condition.

The investigation into the cause of the crash is underway.

‍An Aeromexico plane carrying more than 100 people crashed in the northern Mexican state of Durango on Tuesday, but there were no fatalities, authorities said.

"We confirm that there were no fatalities in the accident of flight AM2431," Durango Governor Jose Aispuro said on Twitter.

Alejandro Cardoza, a spokesman for the state's

civil protection agency, said in an interview that around 85 people had been injured, adding that a fire resulting from the accident had been put out.

hospitalized, while the state health department said two passengers were in a critical condition.

The plane, which was flying to Mexico City, went down shortly after taking off from Guadalupe Victoria International Airport at 3:40 p.m. local time (2040 GMT).

The plane "was carrying 97 passengers and four crew members on board," Transportation Minister Gerardo Ruiz Esparza said on Twitter.