COLOMBO, May 21 (Xinhua) -- At least 89 suspects have been arrested over their alleged links to the Easter Sunday terror explosions which killed over 250 people and injured over 500 in Sri Lanka on April 21, the police said here Tuesday. 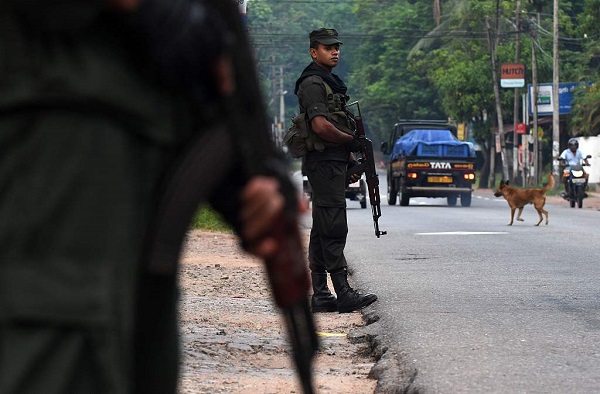 Sri Lankan security personnel looks on as he stands guard at a checkpoint on a roadside in Minuwangoda on May 14, 2019. (Photo: VCG)

Police Spokesperson SP Ruwan Gunasekara said that search operations were ongoing across the country to hunt for more suspects who would be linked to the terror attacks but assured that most of those involved had now been arrested.

Hundreds of Sri Lankans on Tuesday visited the grave sites of the terror victims to pay tribute as the nation marked one month since the suicide attacks which targeted three luxury hotels and three churches.

Sri Lanka's Army Commander Mahesh Senanayake, in a special statement on Sunday, urged people to return to normalcy and to send children back to school, assuring that all precautionary security measures had been put in place.

Senanayake said that search operations and investigations were ongoing and those operations were "effectively advancing now with a marked progress as at now."

Sri Lanka continues to be under a state of emergency following the April 21 explosions.