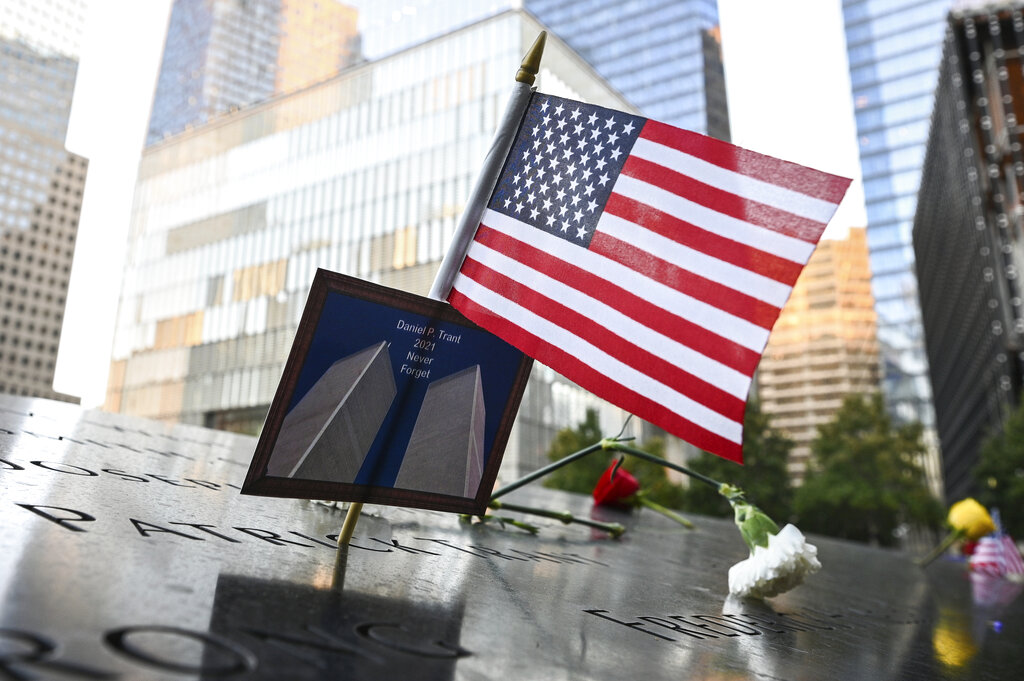 An American flag placed along with a photo of the Twin Towers and the name Daniel P. Trant, a Cantor Fitzgerald bond trader that died during 9/11, before ceremonies to commemorate the 20th anniversary of the Sept. 11 terrorist attacks, Saturday, Sept. 11, 2021, at the National September 11 Memorial & Museum in New York. (Photo: AP)

The 9/11 anniversary commemoration at ground zero has begun with a tolling bell and a moment of silence, exactly 20 years after the start of the deadliest terror attack on U.S. soil.

President Joe Biden, former Presidents Barack Obama and Bill Clinton, members of Congress, and other dignitaries joined a crowd of victims’ relatives Saturday on the Sept. 11 memorial plaza in New York. The memorial stands where the World Trade Center’s twin towers were rammed and felled by hijacked planes.

Observances are also planned at the two other sites where the 9/11 conspirators crashed their hijacked jets: the Pentagon and a field near Shanksville, Pennsylvania.

Biden is scheduled to pay respects at all three places, and former President George W. Bush is to speak at the Pennsylvania ceremony.