WORLD 9 children, 1 adult killed in road accident in US Alabama

9 children, 1 adult killed in road accident in US Alabama 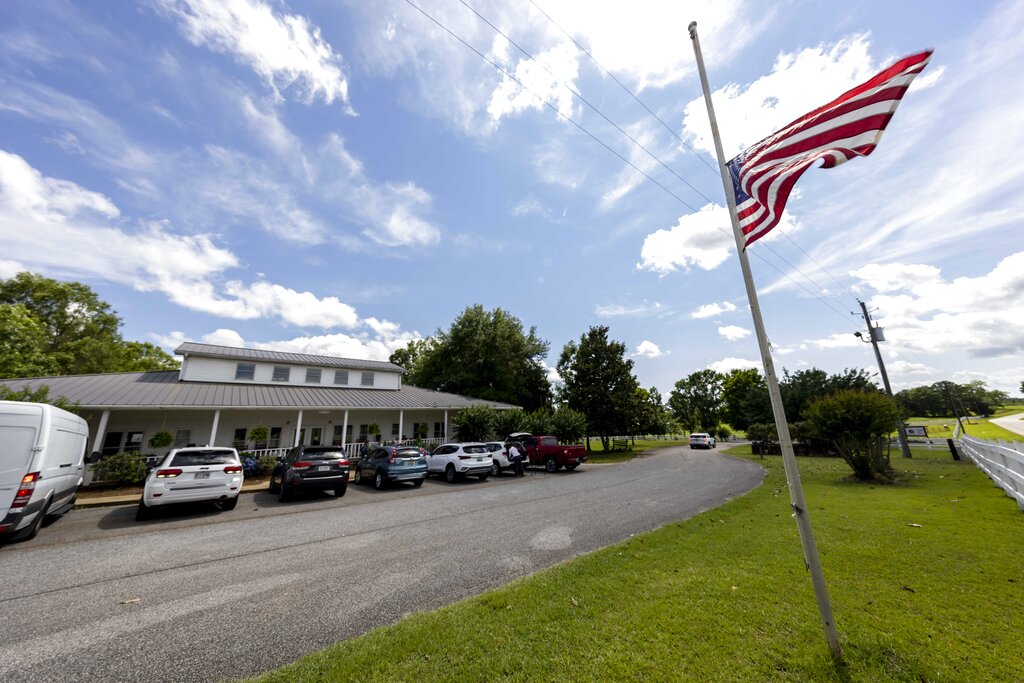 The Us Flag flies at half mast Sunday, June 20, 2021, in Camp Hill, Ala., at the Alabama Sheriff's Girls Ranch which suffered a loss of life when their van was involved in a multiple vehicle accident Saturday, resulting in eight people in the van perishing. (Photo: AP)

WASHINGTON, June 20 (Xinhua) -- Nine children and one adult were killed in an accident on Interstate 65 in Butler County in the U.S. state of Alabama on Saturday, authorities said Sunday.

According to CNN citing Butler County Coroner Wayne Garlock, eight of the children killed were aged between between 4 and 17, traveling in a vehicle from the Tallapoosa County Girls Ranch, a local non-profit that provides home for neglected or abused school-aged girls.

A 29-year-old father and his 9-month-old daughter who were in another vehicle were also killed, Garlock said.

The accident happened Saturday afternoon during the storms that swept through Alabama, according to Garlock. A tropical depression known as Tropical Storm Claudette dumped heavy rain across the U.S. Southeast on Saturday after it made a landing in southeastern Louisiana early that morning.

In a statement, Michael Smith, the CEO of the Alabama Sheriffs Youth Ranches, the non-profit that manages the Tallapoosa County Girls Ranch, called the accident "a horrible tragedy and loss."

"This morning, I have been thinking about how we do not always understand the reason things happen," Smith said.

In addition to those killed in the vehicle crash, a 24-year-old father and his 3-year-old son died in their home when a falling tree struck the residence, Marty Sellers of the Tuscaloosa County Sheriff's Office told The Tuscaloosa News.

The tropical depression is now moving toward the Atlantic Coast and is predicted to re-strengthen.