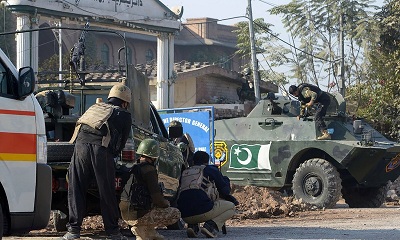 Islamabad (People’s Daily) - At least nine people were killed and more than 35 wounded after terrorists entered the Agricultural Directorate in Peshawar on Friday.

The attack was claimed by the Tehreek-i-Taliban Pakistan. Local media have quoted sources from two separate hospitals that the attack has killed at least nign and injured over 35.

The number of casualties is expected to increase as a clearance operation is underway. 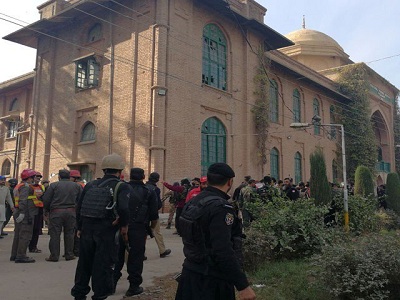 Police and rescue workers stand outside the Directorate of Agriculture Institute in Peshawar on December 1. Photo: Reuters

Police of Khyber Pakhtunkhwa said all terrorists have been neutralized after a "successful clearance operation" by security forces.

The Inter-Services Public Relations also confirmed that three terrorists involved in the attack had been killed.