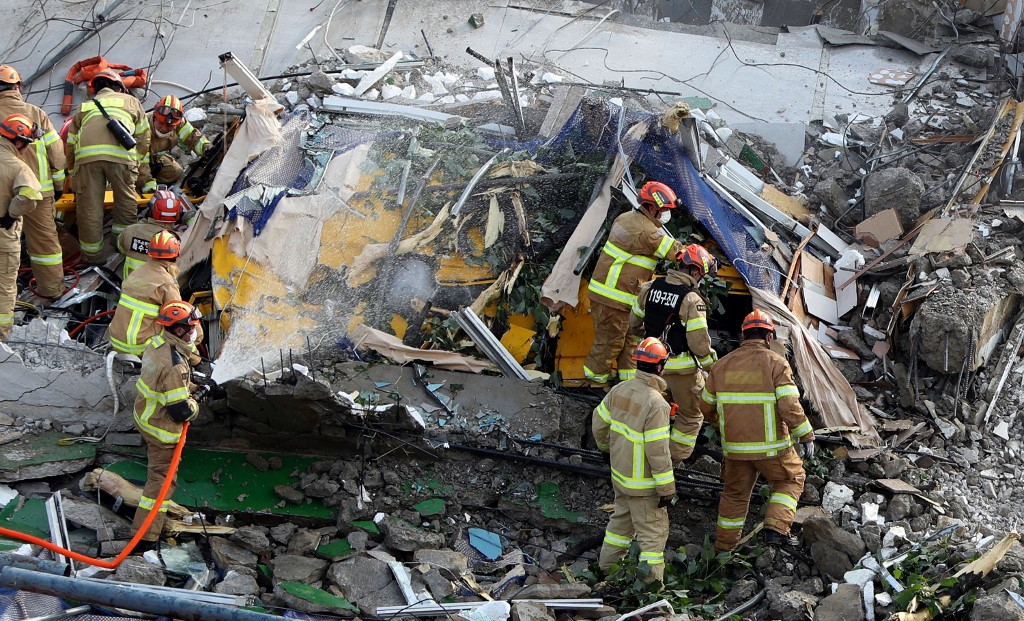 South Korean rescue workers search for possible survivors from the debris of a collapsed building in Gwangju on June 9, 2021. (Photo: AFP)

SEOUL, June 9 (Xinhua) -- At least nine people have been confirmed dead and eight others injured in a building collapse accident in southwest South Korea, Yonhap news agency reported on Wednesday.

The five-story building under demolition unexpectedly collapsed on Wednesday afternoon at the southwestern city of Gwangju, and it was reported to the firefighting authorities at about 4:22 p.m. local time (0722 GMT).

A bus, which stopped at a station near the construction site, was buried with debris, killing nine people and leaving eight others wounded who were taken to a nearly hospital.

Rescuers saved 17 people, mostly those from the buried bus, and were searching for any trapped pedestrian or construction worker.

The police and the firefighting authorities were investigating the exact cause of the mishap.