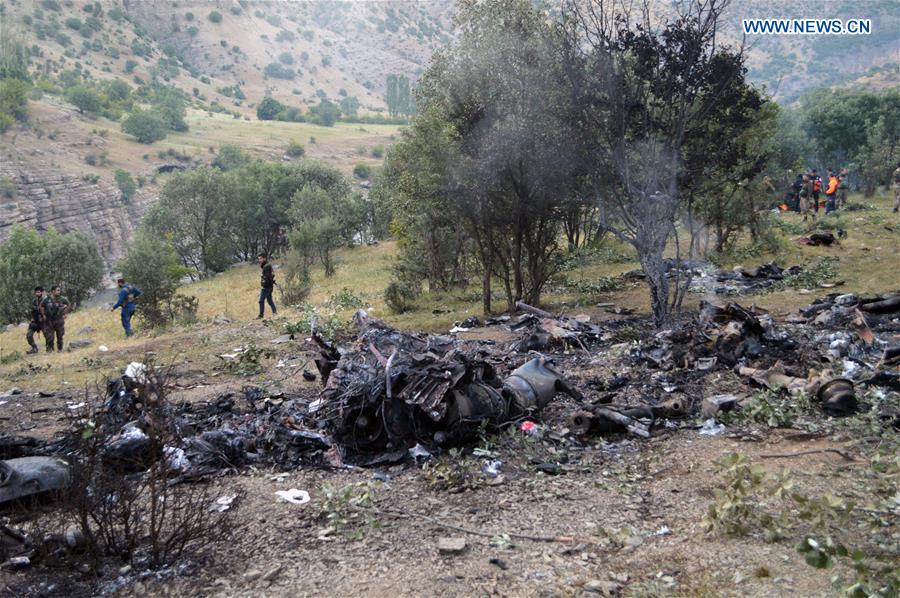 "Nine heroic soldiers fell as martyrs and four were injured in the accident," the ministry said in a statement.

The contact with the Cougar-type military helicopter, which took off from the eastern province of Bingol to the Tatvan town at 1:55 p.m. local time (1055 GMT), was cut off at 2:25 p.m., the ministry said.

As a result of the searches, it was determined that the helicopter was damaged by accident, said the statement.

The injured soldiers were being evacuated to hospitals, it added.

Local NTV broadcaster reported that one general was among the killed in the crash.

The search and rescue teams were working in adverse weather conditions, including snow and fog, the NTV reported.

The Tatvan town in the Bitlis province of Turkey is an area where the Turkish military has been conducting operations against the members of the outlawed Kurdistan Workers' Party (PKK).