WORLD 9 US soldiers, 5 civilians in S.Korea test positive for COVID-19

9 US soldiers, 5 civilians in S.Korea test positive for COVID-19 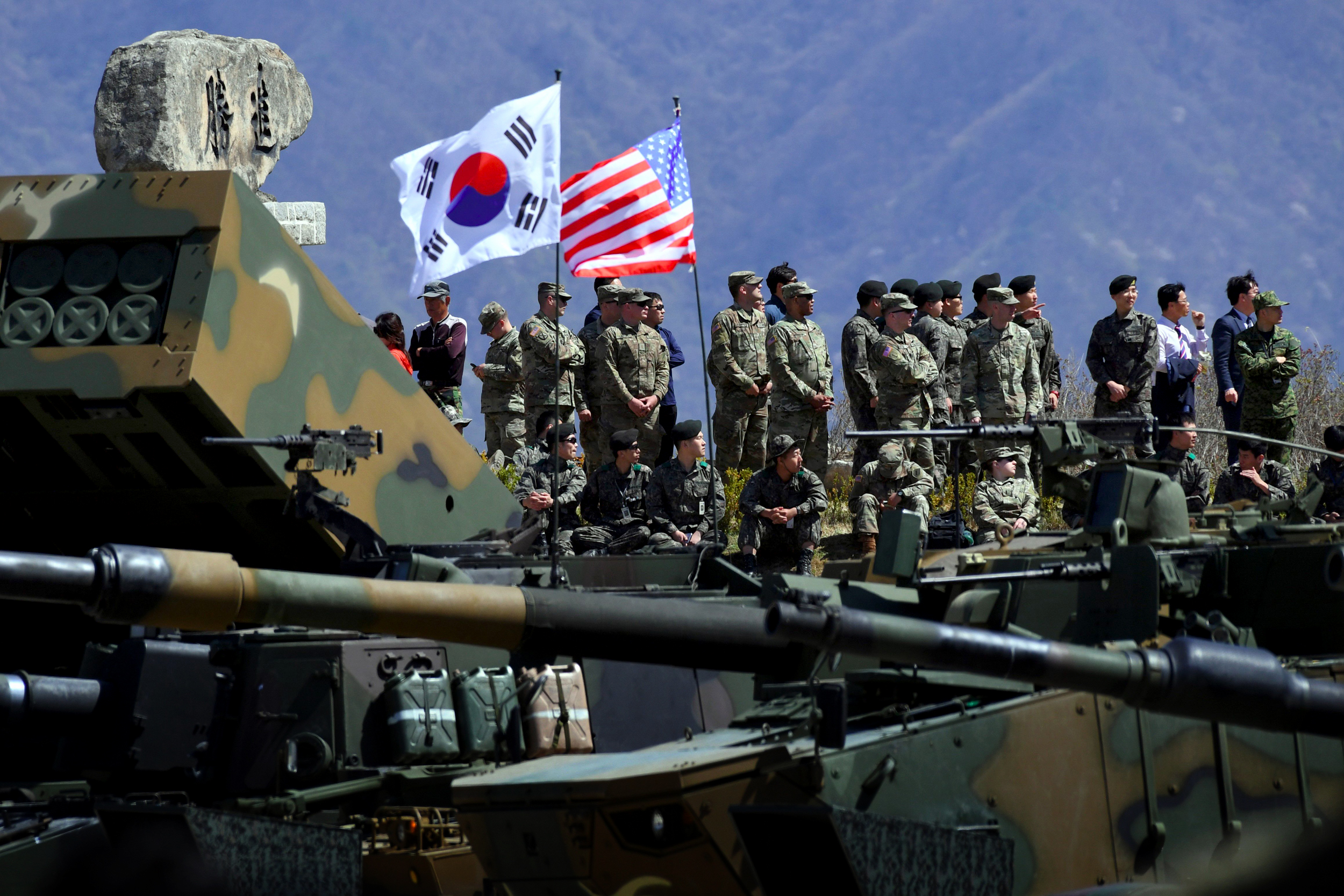 The USFK said in a statement that 14 USFK-affiliated individuals were confirmed with the COVID-19 after arriving in South Korea between March 29 and April 19.

Eight service members, one civilian and two dependents arrived at the Osan Air Base on U.S. government-chartered flights from the United States on March 29, 30, April 12, 14 and 19. The Osan Air Base is located in Pyeongtaek, 70 km south of Seoul.

One service member, one civilian and one contractor arrived at Incheon International Airport, west of Seoul, on international commercial flights on April 8 and 16.

The confirmed patients have been transferred to designated isolation facilities at the U.S. Army Garrison Humphreys and the Osan Air Base, both of which are located in Pyeongtaek, and the Kunsan Air Base in the southwestern city of Kunsan.

The total number of infections among the USFK-affiliated personnel rose to 839, according to Yonhap news agency.

In the latest tally, South Korea reported 735 more cases of COVID-19 for the past 24 hours, raising the total number of infections to 116,661. The daily caseload was the highest in 105 days since Jan. 7.