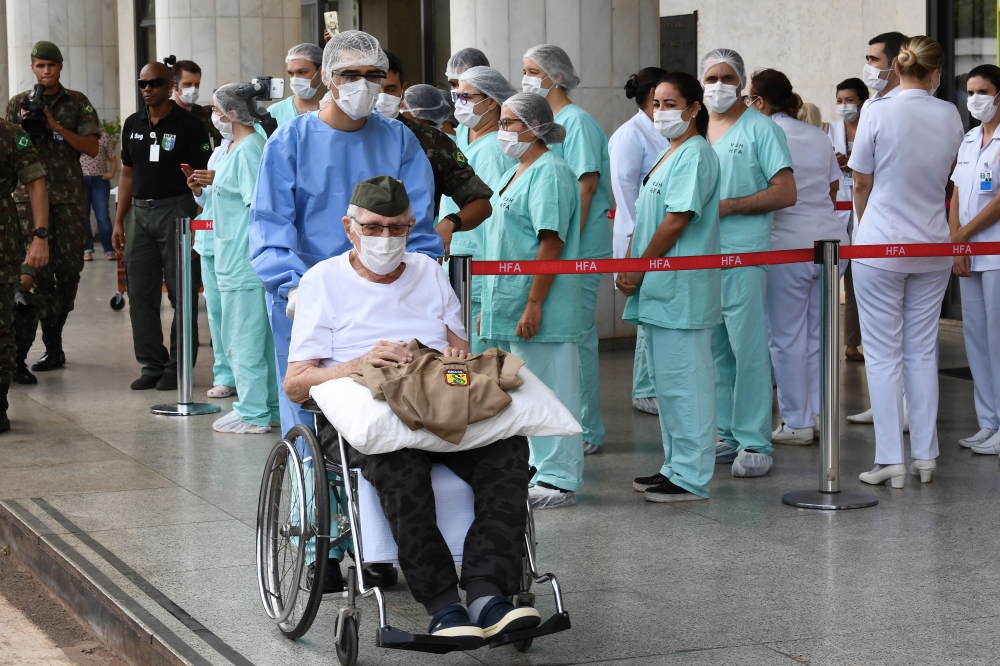 BRASILIA, April 14 (Xinhua) -- A 99-year-old Brazilian World War II veteran was discharged from the Armed Forces Hospital in Brasilia on Tuesday after recovering from the COVID-19.

Ernando Piveta, who had been a member of the Brazilian Expeditionary Force, was admitted to the hospital on April 6 and treated in the facility's "COVID ward" after testing positive for the virus, the Defense Ministry said.

The ministry noted he was discharged on the same day as the 75th anniversary of the Taking of Montese, a successful campaign by Brazilian troops in Italy during the war.

Born on Oct. 7, 1920, Piveta received the Medal of Victory from Brazil's President Jair Bolsonaro last year for his service to the nation.