The mass shooting at a light-rail yard in San Jose, California, has claimed a ninth victim, who died Wednesday night hours after being taken to a local hospital, authorities said.

Alex Fritch, 49, was "the last grim toll of yesterday's shooting", San Jose Mayor Sam Liccardo tweeted on Thursday. "Now, all we can do is what we must: support our families and coworkers in pain and assist their journey to healing."

A substation maintainer at the Santa Clara Valley Transportation Authority (VTA), Fritch left behind a daughter, two sons and his wife of 20 years, Tara Fritch. "We got to say goodbyes," she told KTVU. "Alex was everything to this family. He was our rock."

Authorities haven't determined the motive for the shooting at the VTA by 57-year-old Samuel Cassidy, but court records and comments by his former wife revealed that Cassidy had chronic anger-control issues.

Cecelia Nelms, his ex-wife, who terminated their 10-year marriage in 2005, told The Mercury News that Cassidy often was fretful with co-workers and about his assignments. He had talked about killing people at work more than a decade ago, said Nelms, "I never believed him, and it never happened. Until now."

The US Customs officers previously detained Cassidy and found that he professed a hatred of his workplace, according to a Department of Homeland Security memo, The Wall Street Journal reported Thursday.

Cassidy possessed "books about terrorism and fear and manifestos … as well as a black memo book filled with lots of notes about how he hates the VTA", when officers detained him in 2016 after a trip to the Philippines, the memo says.

"When asked if he had problems with anybody at work, he stated 'no,'" according to the memo, a copy of which was viewed by the Journal, which said it couldn't immediately determine whether the border officials' findings were shared with the VTA or local law enforcement before the shooting. 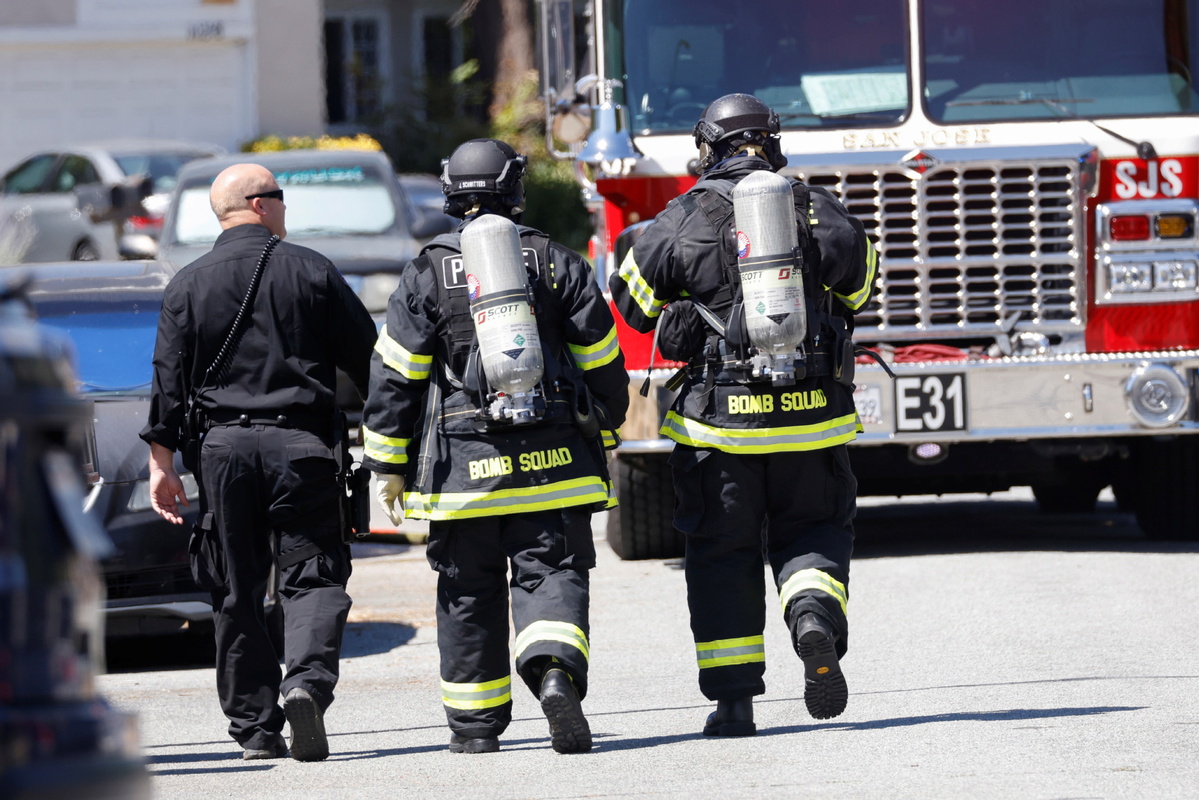 At a news conference Thursday, George Sandoval, light-rail maintenance operations manager at the VTA said: "Many of these folks worked here for 20, 30 years, so yes, we do become a family. Our staff respond to emergencies on the rail, At about 6:30 am Wednesday, Cassidy, a longtime maintenance worker with the VTA, opened fire in two buildings at the light-rail hub. With two semiautomatic weapons and 11 magazines, he fired 39 shots in total and killed eight of his co-workers — bus and light-rail operators, mechanics, linemen and an assistant superintendent.

Cassidy screened some of the victims and told at least one person: "I'm not going to shoot you," according to NBC-TV affiliate KCRA in Sacramento.

The Mercury News also obtained a court order showing that a woman who dated Cassidy filed a restraining order against him in 2009, accusing him of rape and sexual assault. The filing also includes accusations that Cassidy had severe mood swings and suffered from alcohol abuse.