A dozen camels banned from Saudi beauty pageant for Botox use 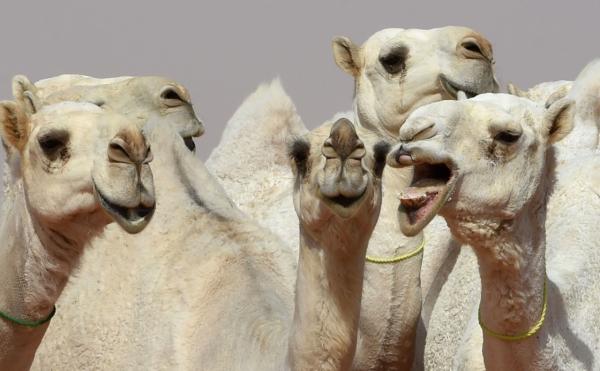 Humanity's desire for beauty and perfection extended to the animal realm this week when a dozen camels were disqualified from a pageant in Saudi Arabia for receiving Botox injections.

In order to win millions of dollars in prize money, owners of the camel contestants use Botox for their lips, nose and even the jaw, to make the head more "inflated" so camels can be more attractive, according to news reports in the United Arab Emirates.

Saudi media reported earlier that a veterinarian was caught performing plastic surgery on the camels days before the pageant, and his clinic even used a knife to reduce the size of their ears to make them more "delicate."

What motivated the cheating? How about nearly 32 million dollars in prize money for the most "beautiful" camels.

The annual King Abdulaziz Camel Festival, the largest pageant in the Gulf, takes place in Al Dhana, 120 km from Riyadh, and attracted some 30,000 camels and 300,000 visitors this year.

On its official website, the festival provides a detailed diagram titled Standards of Camel Beauty, in which it illustrates more than 20 body parts on a camel.