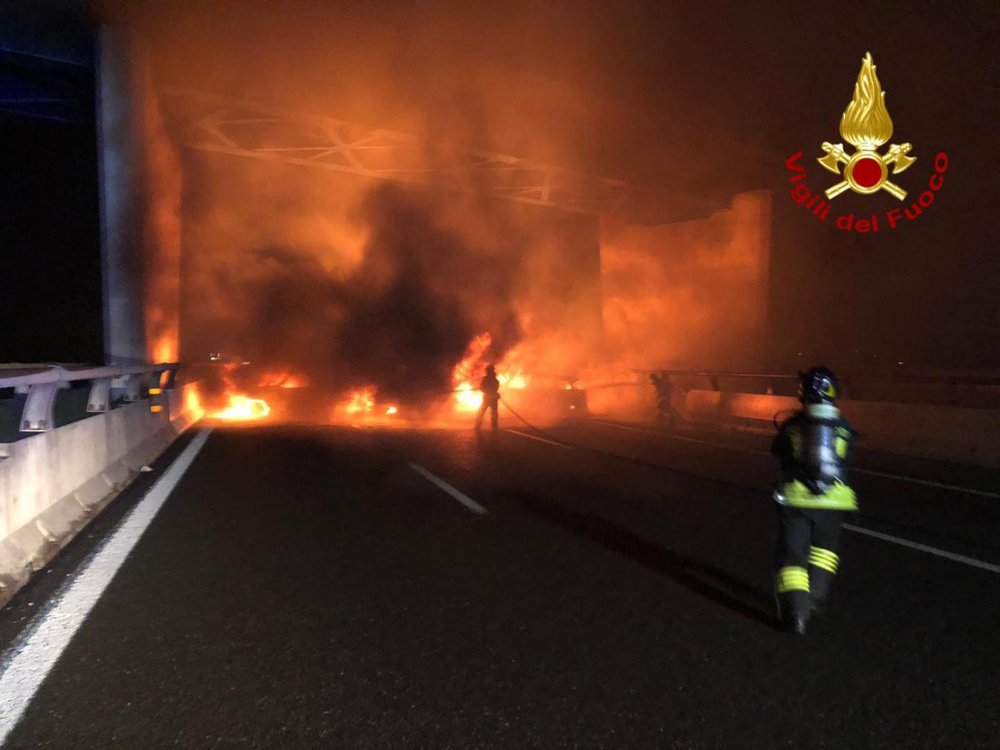 In this photo released by the Italian Firefighters, firemen try to extinguish a dozen vehicles on fire on a highway near Milan, Italy, in the early hours of Wednesday, Jan. 29. 2020. (Photo: AP)

In a bid to rob an armored vehicle, a gang of thieves set up barriers of burning vehicles and spilled nails on a highway near Milan but were foiled when the driver evaded their traps, according to news reports Wednesday.

The assailants, believed to number about a dozen people, fled the scene. They remained at large following the attempted robbery on a major north-south highway late Tuesday night, the news agency La Presse reported.

The assailants set a dozen vehicles on fire in both directions of the highway and rammed the armored vehicle with a tractor-trailer. But the attempted robbery ultimately failed when the driver of the armored vehicle managed to pull into a rest area and a police patrol in the area intervened.

Photos released by firefighters showed vehicles in flames on the darkened highway.

Armed bandits made off with 5 million euros ($5.5 million) in a similar assault involving a burning barrier in 2014 along the same stretch of highway.