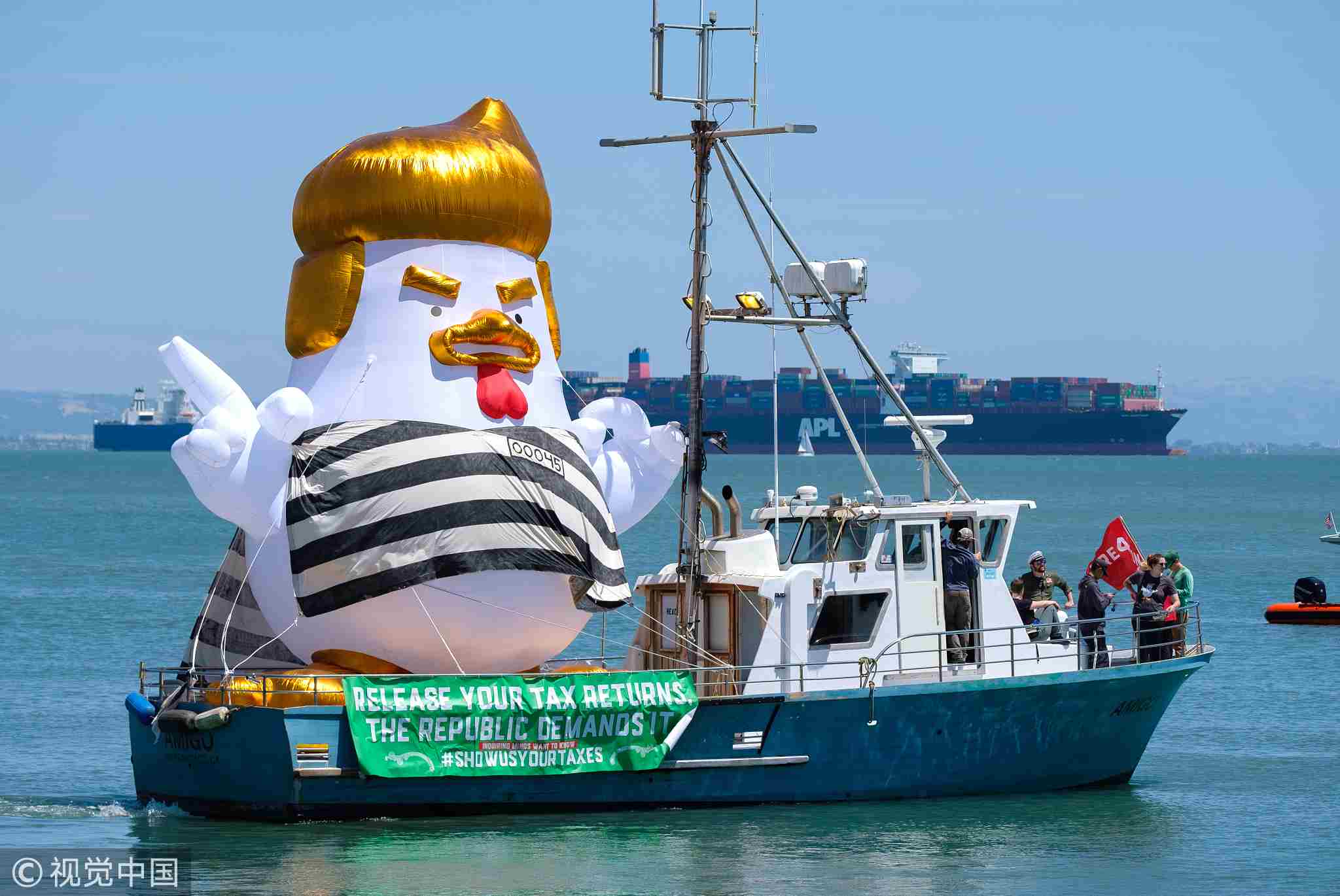 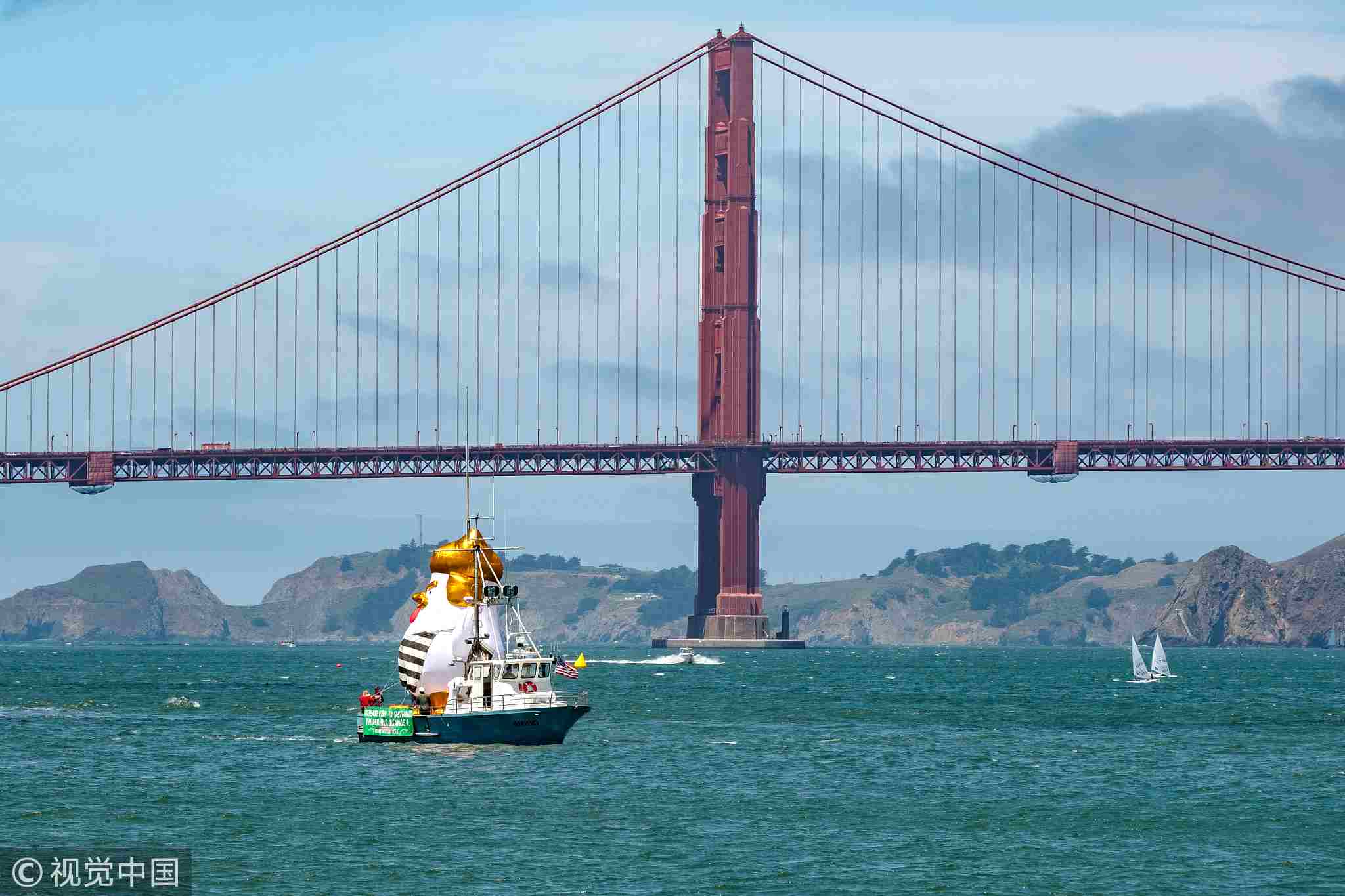 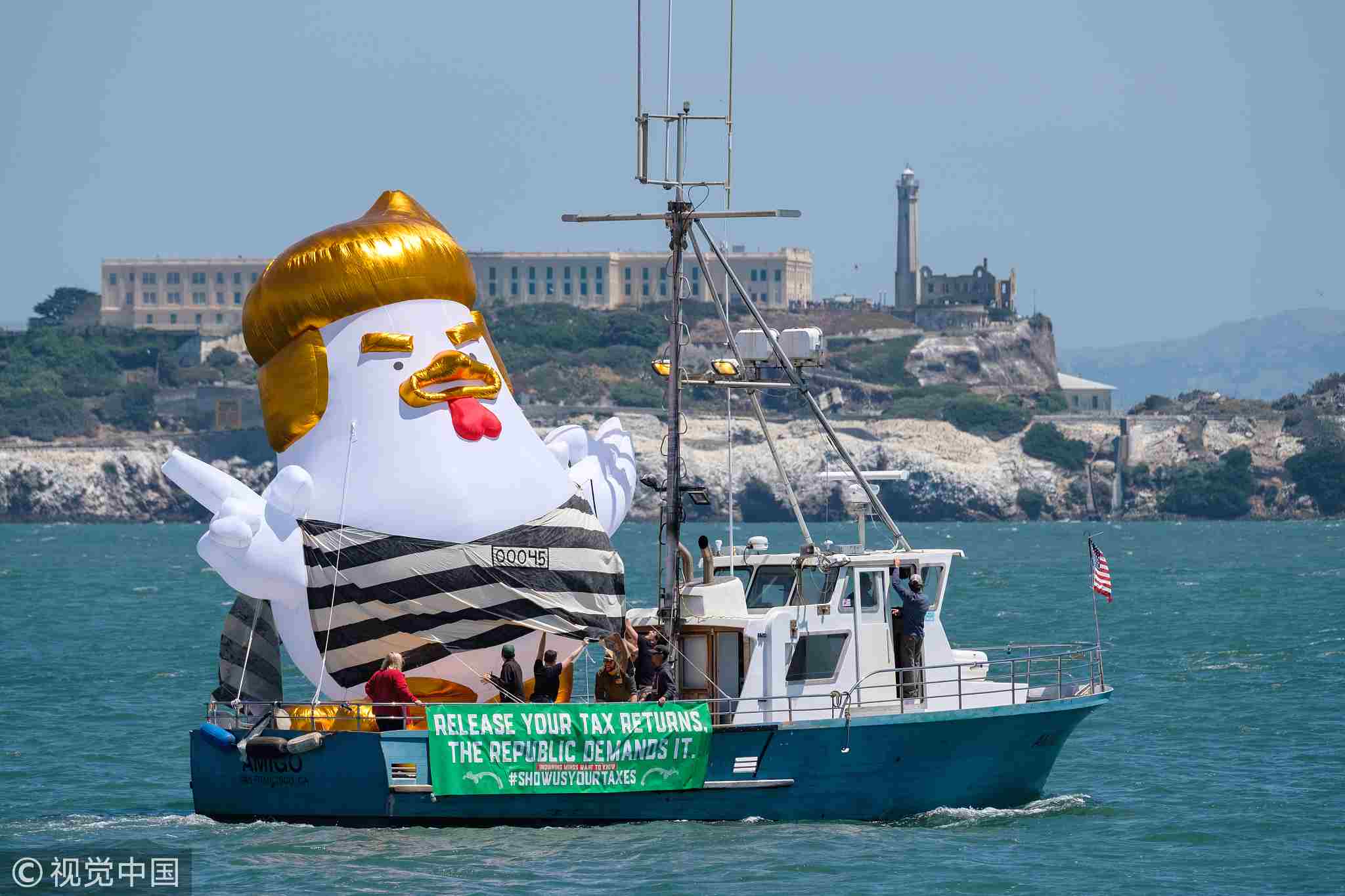 A GoFund page was accumulating money for the “Trump Chicken” and paying for the cost of rental boats. So far they have raised more than 2,200 US dollars of the donations to pay for the Trump Chicken’s expedition, the organizer Danelle Morton said. /VCG Photo The “Trump Chicken” was most recently seen floating on a boat in a famous spot Alcatraz Prison, which is notoriously inescapable prison island complex in San Francisco. “After the week the world has had, we all want to see Trump in jail," the organizer said. /VCG Photo