WORLD A look at voters in Florida, Illinois, Arizona

A look at voters in Florida, Illinois, Arizona 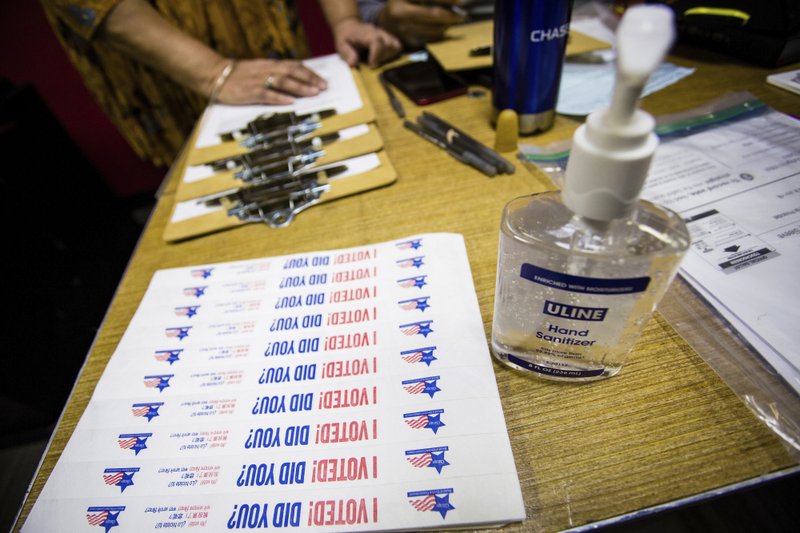 The Associated Press surveyed voters in the three states that held Democratic presidential contests on Tuesday. Here’s a snapshot of the voters in Arizona, Florida and Illinois — who they are and what matters to them — based on results from AP VoteCast. Conducted for The Associated Press by NORC at the University of Chicago, AP VoteCast surveys took place over seven days, concluding as polls closed.

On a good night for Joe Biden, Bernie Sanders was able to maintain support from some of his base in Arizona. Close to half of Democratic primary voters there were liberal, and they were more likely to support the Vermont senator than the former vice president, 47% to 32%. Sanders enjoyed support from 60% of voters under 45.

But Latino voters — a group that makes up about 30% of Democratic primary voters in Arizona and has leaned toward Sanders in previous contests — were about evenly split between him and Biden.

Biden appeared to lead Sanders among older voters, both men and women, college graduates and suburban voters, as well as small town and rural voters. He was called the winner by The Associated Press.

About a third of voters say they are members of a gun-owning household in the state, where a leading gun control advocate — astronaut Mark Kelly — is running for the late John McCain’s Senate seat. Few Democratic primary voters identified gun policy as the top issue facing the country; health care, followed by climate change and the economy, was considered most important.

In assessing who is best on health care, voters are roughly split between the two candidates. More consider Sanders most capable on climate change, while Biden has the edge on handling immigration.

In the border state, roughly 4 in 10 say they favor increasing security along the U.S.-Mexico border, compared with about 6 in 10 who are opposed.

Once again, Biden proved he was the preferred candidate among older voters, moderates and conservatives, African Americans and women. But he also made inroads in Florida among Latino voters, a group that had been more likely to support Sanders, as well as liberal voters. The Associated Press called Biden the winner at poll close.

Among Florida’s Latino voters in the Democratic primary, 21% said they are Cuban and 33% self-identified as Puerto Rican. Biden received more support than Sanders from both groups, as well as from other Hispanic voters. He beat Sanders among Cuban voters, 57% to 36%, and among Puerto Rican voters, 62% to 23%.

Fifty-one percent of liberal voters went for Biden, compared with about 37% for Sanders.

During a pandemic that has stunted travel, closed schools, forced millions of workers to stay home and canceled campaign rallies, voters in Florida’s Democratic primary expressed measured concerns about the coronavirus. About 4 in 10 said they are very concerned that they or a relative will get the virus. Roughly as many are somewhat concerned, while just about 2 in 10 expressed little to no concern.

Forty-five percent named health care the most important issue facing the country — about on par with voters in many of the earlier contests as well. More voters said Biden is most capable of handling health care than said Sanders is best.

Biden drew his core supporters in Illinois, including women, moderate and conservative voters, older voters and African Americans. Sanders enjoyed support from two-thirds of voters under 30, though voters ages 30 through 44 split about evenly between him and Biden.

Biden was called the winner by The Associated Press.

Biden also was competitive with Sanders among Latino voters, a noticeable change from earlier contests, though Sanders held a slight advantage.

More than 8 in 10 say it’s very important that the nominee can beat Trump and that he is a strong leader.

The two candidates fare about the same in the eyes of voters as best able to handle corruption in government, as well as health care, considered the top issue facing the nation.

More think Biden than Sanders would be more capable of handling issues related to race and the economy.