WORLD A month after crossing river into US, immigrants face harsh reality

A month after crossing river into US, immigrants face harsh reality 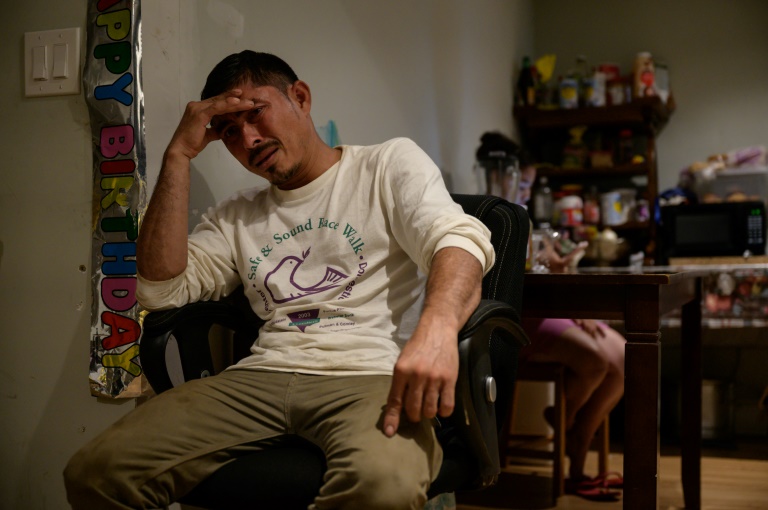 Valeriano, a 34-year-old undocumented migrant from Guatemala, at his new home in Hartford, Connecticut, on April 29, 2021. (Photos: AFP)

They crossed the Rio Grande into the United States without papers and clutching their young children. Now, thousands of Central American immigrants face myriad challenges including finding work and threats of deportation, all without speaking any English.

A month after meeting three undocumented families in Texas, AFP caught up with them as they adjust to their new lives near New York. They all said life in the United States is harder than they imagined but that it is much worse in Honduras or Guatemala.

Valeriano, a Guatemalan, quickly found work cleaning yards in Hartford, Connecticut. He must save to pay moneylenders and family members the $10,000 he was charged by smugglers, a fortune for this 34-year-old farmer.

He and his family first fled from Guatemala to Belize after they were chased by a drug cartel that killed his brother and threatened Valeriano with death. After the traffickers followed him there, he decided to seek asylum in America with one of his four children, seven-year-old Arnold.

He can't talk about his family left behind in in Belize without crying, knowing that he may never see them again. 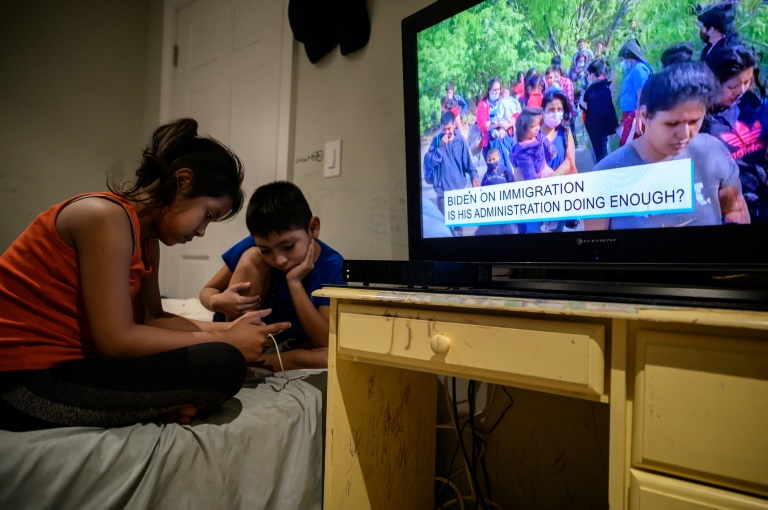 Arnold, an undocumented Guatemalan boy who crossed the Rio Grande with his father into the US in March, plays with his cousin in their new home, a basement in Hartford, Connecticut on April 29, 2021.

"I start thinking, why did I come? And then I remember that if I hadn't they would have killed me, the kids would be alone, and then it's more difficult for them," he says with tears in his eyes.

Valeriano earns $14.50 an hour and thinks it will take him a year to pay off his debts. He must also send money to his family and pay for the small basement where he lives with his son, sister, brother-in-law and niece. The five sleep in two beds separated by a sheet.

"It's hard here, but it's harder in my home country," he says.

Valeriano and his son were deported from the US back in February by President Joe Biden's government under Title 42, a policy of former president Donald Trump's that allowed for the immediate expulsion of immigrants to prevent the spread of coronavirus.

Despite criticism from activists, Biden has maintained Title 42, although it does not apply to minors who arrive alone. In the Rio Grande Valley in Texas, families who arrive with children under the age of seven are also exempt. 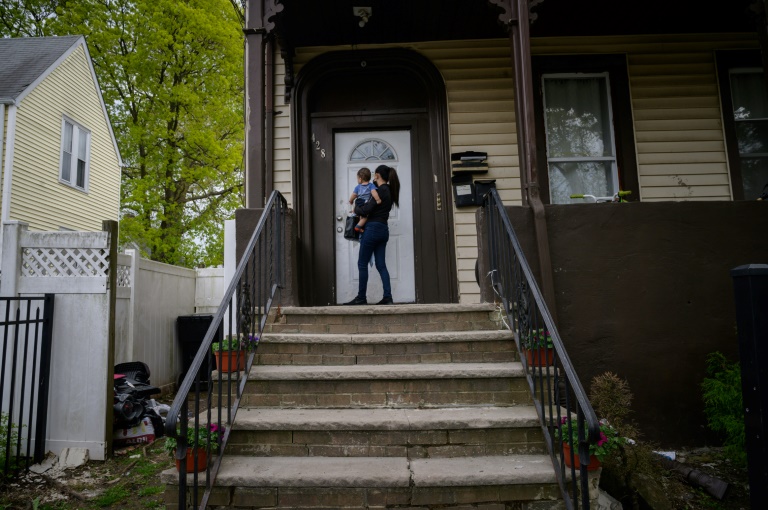 Fatima, 29 from Honduras, enters the home where she now lives with her sister and other undocumented migrants in Plainfield, New Jersey on April 19, 2021.

It was through this area that Valeriano and his son managed to enter the United States for a second time, following five weeks crammed in a warehouse in Mexico with other migrants.

Jhowell, an 11-year-old Honduran, entered the United States without papers in March with his parents and two siblings aged one and four. They were detained and deported after walking for hours through the New Mexico desert, where Jhowell broke his foot, said his mother Ivania.

They decided to cross again through the Mexican city of Reynosa, which borders McAllen, Texas, after hearing they could enter there with small children.

But since Jhowell is older than seven the family decided to separate and leave him in Mexico to cross alone.

Jhowell was detained in a government shelter after smugglers got him into Texas. He was traumatized by the separation from his family, said his mother, who now lives with a sister in Brooklyn.

After a month, the US government paid for Jhowell to fly to New York. Jhowell and Ivania hugged and burst into tears when he arrived at LaGuardia Airport.

"I wanted to be with her for such a long time," he said.

Ivania, 29, doesn't have a job yet but her husband finds occasional work carrying boxes.

Fatima, a 29-year-old single mother who lost her job at a Honduran tortilla factory during the pandemic, crossed the Rio Grande in late March with her five-month-old baby only the clothes she was wearing.

"I come to work for my children. Without work you have nothing," she told AFP at the river.

But a month later in Plainfield, New Jersey, where she lives crammed into a small room with her sister and other immigrants, Fatima still doesn't have a job.

Fatima thought she could receive a work permit, but during her first appointment with the ICE immigration police, officers confiscated her Honduran identity card and began her deportation process.

"We feel anxious every day because we do not know what is going to happen tomorrow," she said.

Fatima will eventually get a hearing with an immigration judge but she may not receive asylum as they are reserved only for those who can prove they are victims of persecution. Unless she moves and goes into hiding, she might be deported.

"They'll have some time here to catch their breath but eventually they'll have a removal order.

"That's unfortunately hard for people to understand. But that's the sad truth."