Indonesia's quake-tsunami battered city of Palu is facing a public health crisis as torrential rains threaten to spread malaria and dengue fever to the devastated region a month after the disaster, aid agencies have warned. 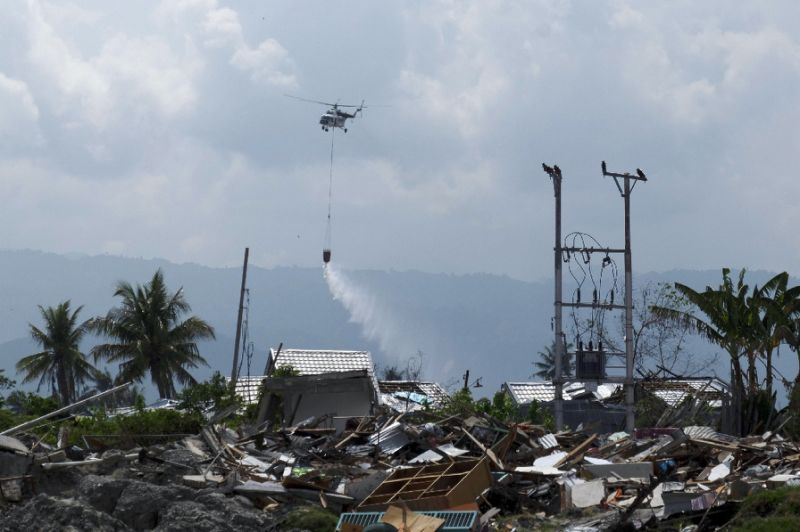 Desperate to stave off disease, authorities last week dropped disinfectant from helicopters on the worst-hit parts of Palu (Photos: AFP)

On September 28, a magnitude 7.5 quake and a subsequent tsunami razed swathes of Palu on Sulawesi island, killing some 2,200 people and displacing more than 220,000.

Thousands more are missing, presumed dead, after entire neighbourhoods were swallowed up by liquefaction -- a process where a strong quake makes the ground start behaving like a liquid, turning it into a kind of quicksand.

Desperate to stave off disease, authorities last week dropped disinfectant from helicopters on the worst-hit parts of Palu, where some 5,000 rotting corpses are feared buried beneath the ruins.

Indonesia's disaster mitigation agency said the move was crucial to preventing the proliferation of disease-laden flies, cockroaches and rats.

But aid groups say there has been an increase in cases of diarrhoea and respiratory infection, while there are also suspected cases of mosquito-borne illnesses, including malaria and dengue fever.

Heavy monsoon rains predicted for the months ahead threaten to make a bad situation worse.

"It is likely we're going to see more and more people getting sick... given how hard it is to maintain hygiene standards, with the rains providing the perfect breeding ground for mosquitoes, and with hundreds, if not thousands of bodies, believed to be decomposing in the ground," said Selina Sumbung, chairperson of Save the Children’s partner in Indonesia, Yayasan Sayangi Tunas Cilik. 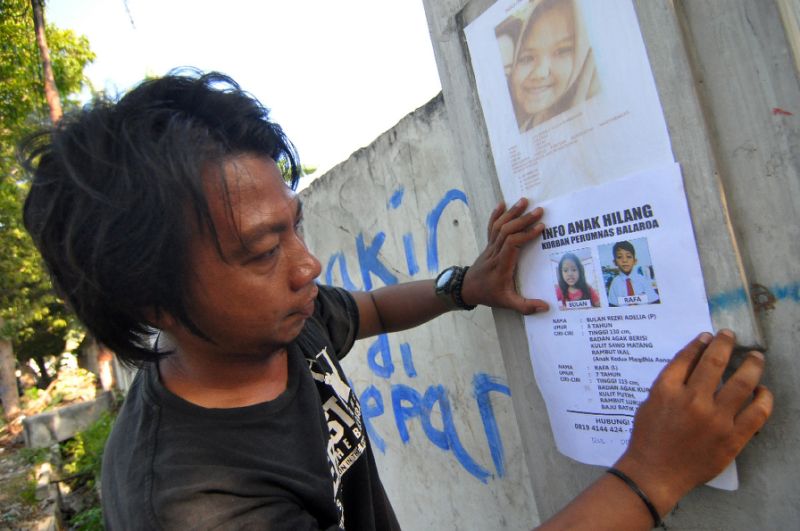 Thousands are missing, presumed dead, after entire neighbourhoods were swallowed up by liquefaction

Safe play spaces and temporary schools have provided some solace for kids -- including many left orphans or still separated from surviving parents -- but children are at particular risk from any illness outbreak.

Local and international relief efforts have accelerated over the past month after initial delays sparked looting as food and water ran out.

Telephone reception and electricity have been restored to many areas with shops, restaurants and markets open.

Disaster agency spokesman Sutopo Purwo Nugroho said Friday that things were "getting better" for people in the worst-affected areas.

The hundreds of thousands left homeless by the disaster are scattered across Palu and beyond.

Many squat outside their ruined homes or are bunkered down in makeshift camps and entirely dependent on handouts to survive. 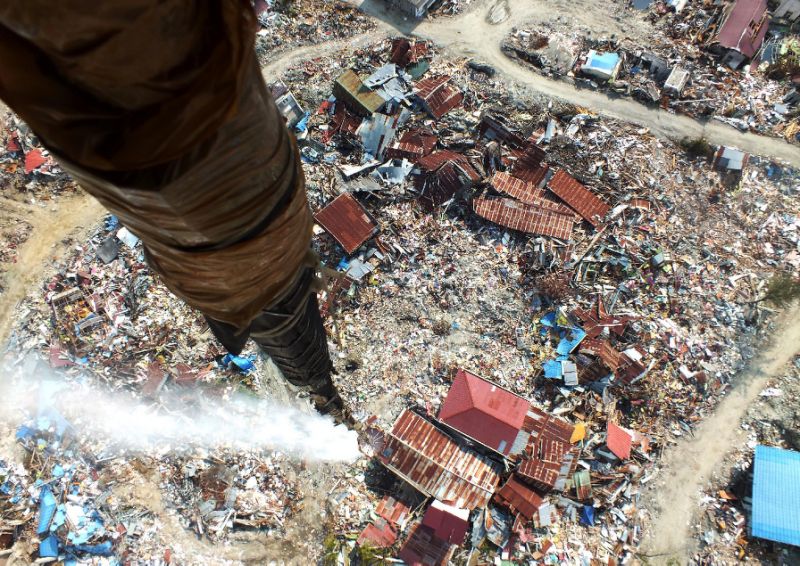 Safe drinking water has to be trucked into encampments, while tarpaulins, blankets and tools are still in short supply in some areas.

"We know when people are living in temporary conditions -- in tents or under tarpaulins -- that always poses a problem for hygiene," said Andreas Weissenberg, team leader of the Red Cross field assessment team in Palu.

"People stay closer together. It's difficult to keep clean. They may not have access to water and latrines."

Elsewhere, monsoon rains have already turned roads to mud and primed slopes for landslides in some remote areas -- hampering access for relief teams.

Indonesian authorities lifted a state of emergency on Friday, after which a "transition period" is to continue before that ends on December 25.

Indonesia has said that damage to the devastated area has topped $900 million while the World Bank has offered the country up to $1 billion in loans to get Palu back on its feet.

Seventy percent of Palu has been cleaned up and water supply will return to normal by December, Central Sulawesi governor Longki Djanggola said Thursday.

More than 1,400 tents have been erected for classes and 1,200 semi-permanent shelters -- each with a dozen rooms -- are expected to be finished in two months' time.

For many, however, life is still far from returning to normal.

"I just hope I can get a decent place, permanent housing and a job," said 65-year-old Abdurrahim Laadu.

Cover image: Heavy monsoon rains predicted for the months ahead threaten to make a bad situation worse, and spread mosquito-borne diseases such as malaria and dengue